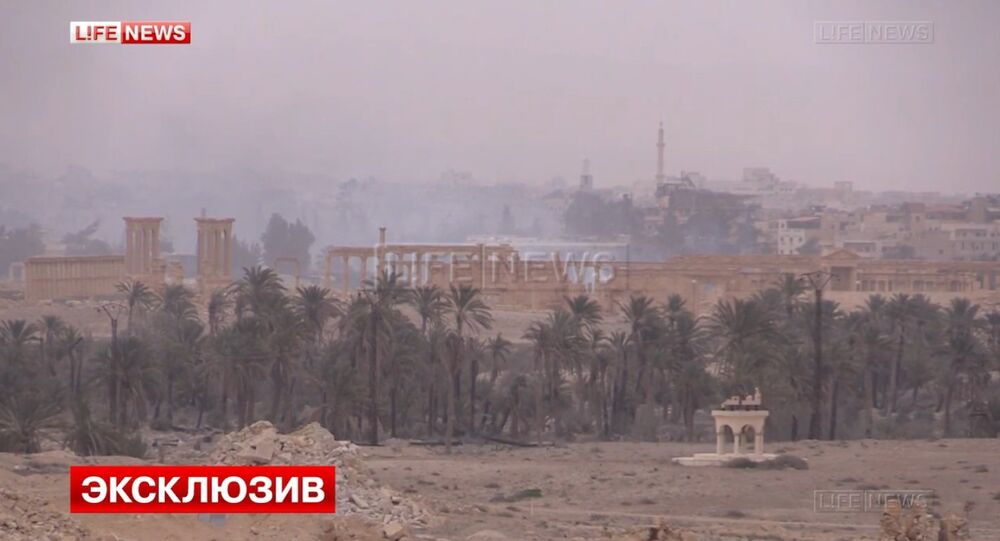 A row of priceless cultural objects of the historical sites of the ancient city of Palmyra liberated from Daesh militants recently appeared to be heavily damaged, the first video footage taken of the antique city proves.

The video footage obtained by LifeNews.ru shows the views of the city shortly after its liberation. It appeared that Daesh completely ruined a bunch of important cultural artifacts and historical sites in Palmyra.

Palmyra has been under control of militants for almost a year, since May of 2015. The ancient city, located 210 kilometers from the Syrian capital, Damascus, is considered to be a key point on the way to defeat extremists in the East of the country.

© REUTERS / SANA/Handout
Palmyra Liberation: Syrian Army Officer Reveals Details of Operation (VIDEO)
Militants have systematically destroyed antique ruins that were designated as World Heritage objects by UNESCO. Such monuments as the Temple of Bel and the Temple of Baalshamin were completely demolished. The national museum in the city has been plundered with some artifacts destroyed there as well.

On Sunday, the Syrian army, backed by Russian Aerospace Forces completed the liberation of the city’s historic center from the Daesh radicals. Two days before, government forces captured Palmyra Castle from Daesh, but militants remained in control of the city’s outskirts.

The Syrian experts are expected to assess the scales of destruction off historic sites by the end of the next week, according to the Russian broadcaster Rossiya 24 TV. After that reconstruction work will begin.

Russian President Vladimir Putin and UNESCO head Irina Bokova said that the “treasured heritage will be restored by joint efforts of the international community.”