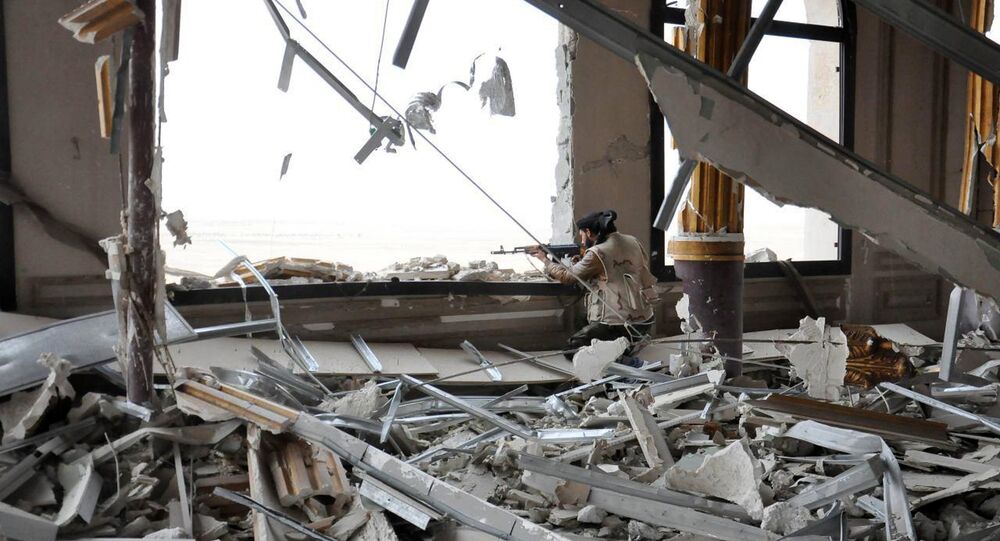 PALMYRA (Syria) (Sputnik) — Earlier in the day, the historic city was completely liberated from the Daesh fighters' control by Syrian government forces.

"The specialists started demining streets and buildings in Palmyra. Terrorists have planted a significant number of blast mines and homemade bombs," the source said.

He added that first of all the sappers proceeded with demining suicide belts on bodies of killed militants, which served to cover the retreat of jihadists.

Palmyra has been under Daesh control since May 2015. The jihadist group, which is outlawed in many countries, including Russia and the United States, has since destroyed part of the city, which has been designated a UNESCO World Heritage site.