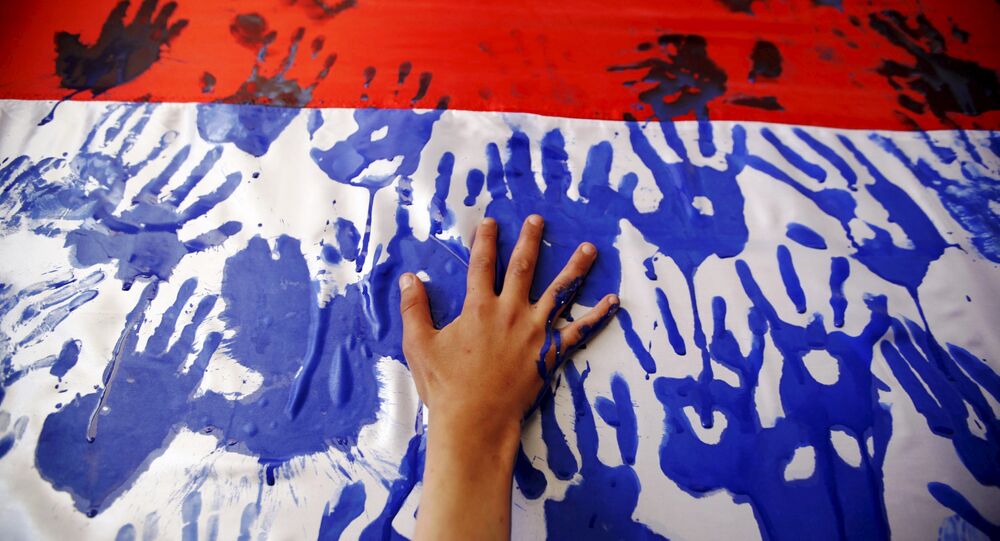 Yemen Ceasefire May ‘Contribute to Downfall of Saudi Regime’

On Wednesday, the UN’s Special Envoy for Yemen announced that Saudi Arabia and the Houthi rebels agreed to a “cessation of hostilities,” one year since a Saudi-led coalition began its military intervention in Yemen and days after a US airstrike killed 50 people in the country’s southeast.

Zafar Bangash of Crescent International told Radio Sputnik's Brian Becker, the host of Loud & Clear that though the news is welcome, it is too early to talk about real peace. Saudi Arabia has yet to reach its political objectives, which were, as he believes, to install a proxy government in Yemen to rule the country on its behalf.

"The Saudis had been bombing the poor country for a year and they have caused a massive amount of damage, they've destroyed the infrastructure, thousands of people have been killed, 22 million Yemenis are on the verge of starvation, but the objectives for which the Saudis launched their war of aggression on Yemen has not been achieved, and that was, of course, to install their own puppet of the Abd-Rabbu Mansour Hadi back in power" Bangash said.

© REUTERS / Khaled Abdullah
Humanitarian Crisis in Yemen Reaches 'Catastrophic Level' - US Aid Group
According to Bangash, Saudis have lost the war from the perspective of their objectives, and now they are trying to find way out of the mess "without losing face."

Yemen is strategically important for Saudi Arabia and the US, Bangash said, because it controls the entrance to the Red Sea, a critical sea lane for the export of oil from the region. Saudi Arabia and its allies don't want to lose control of that waterway.

According to political analyst Daniel Patrick Welch, the reason Washington welcomes the ceasefire is because it is very important for America that 2016 is a "peace year," proving to the public that there's a difference between the foreign policy of Democrats and Republicans. Normalizing relations with Cuba, formalizing the Iran nuclear deal, and implementing ceasefires in Syria and Yemen are necessary "just to give the veneer that something is actually happening, and Obama can retire with his peace in track."

© REUTERS / Khaled Abdullah
Saudi-Led Coalition Helped Regain Control Over 80% of Yemen
Bangash believes that Saudi failure in Syria, Yemen, and Iraq "are all going to contribute to the downfall of the Saudi dynasty." While Riyadh is accustomed to buying people's loyalty, it can't continue this tradition any longer due to the high costs of its military interventions and falling oil prices.

However, this doesn't mean that a Saudi regime change will effect the US.

"I believe that the US probably has lined up maybe 2-3 other groups, factions within Saudi Arabia, that are likely to take over, so [that] if this family falls, it does not mean that Saudi Arabia goes out of the orbit of US influence

"It's just that there'll be a change of faces," Bangash concluded.

US Welcomes Ceasefire in Yemen, Urges Parties to Return to UN-led Talks