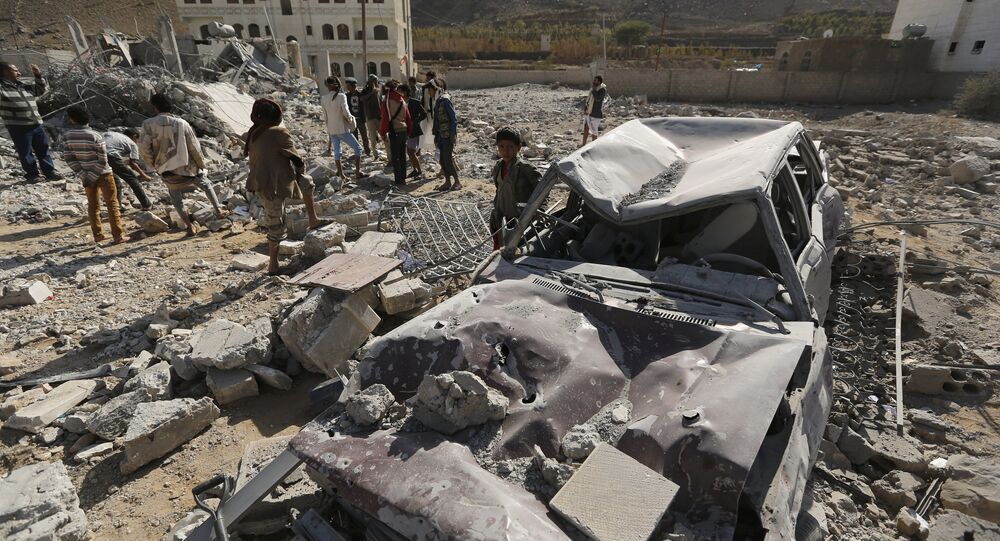 The Mercy Corps Yemen Program director told Sputnik that the ceasefire in Yemen would help deliver food, water and medical care to civilians amid the "catastrophic" humanitarian situation.

"Any diplomatic progress is a welcome sign, and we hope that this latest ceasefire proposal translates into changes on the ground," Bartolozzi said. "The humanitarian crisis in Yemen has escalated to a catastrophic level, with millions of innocent civilians struggling to survive."

"An end to the fighting and the importation of food, water, fuel and medical assistance are urgently needed," he told Sputnik.

Earlier this week, UN Special Envoy for Yemen Ismail Ould Cheikh Ahmed announced that parties in the war had agreed to a ceasefire beginning April 10, followed by peace talks in Kuwait the following week.

Previous ceasefire agreements have failed to hold, with each side accusing opposing forces of violating the terms. Switzerland hosted an earlier round of peace talks in December.

US Welcomes Ceasefire in Yemen, Urges Parties to Return to UN-led Talks