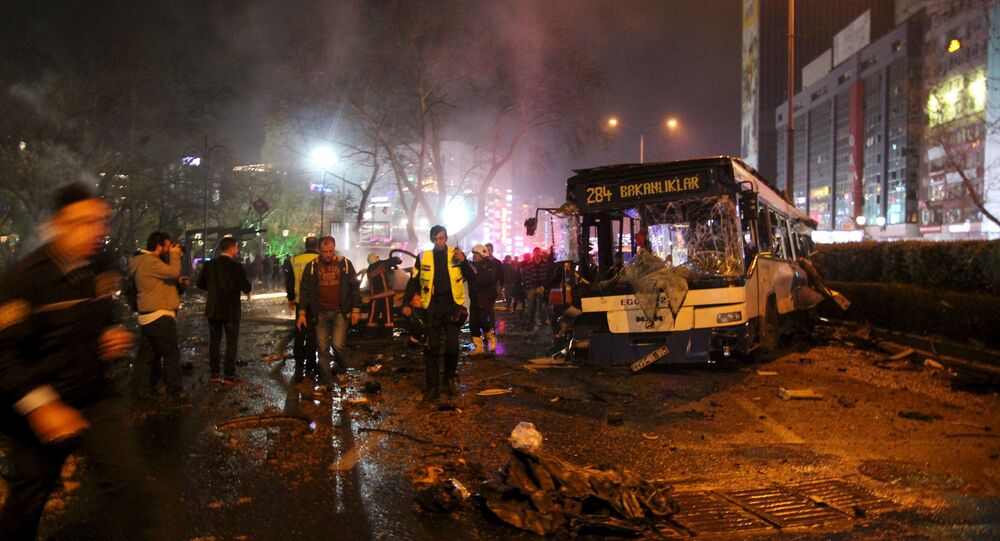 A terrorist attack which killed three Israelis forced Turkey and Israel to talk despite severed ties, but will that be enough to create momentum toward reconciliation?

Turkey's rift with Russia over the Syrian conflict left Israel having to choose between Putin and Erdogan when it comes to forming major regional partnerships.

A Daesh suicide attack in Turkey's Istanbul, which killed three Israeli tourists and one Iranian, among others, forced the two countries, which do not have formal relations, to talk, at least when it came to mutual offers of condolences. A week before that, Israeli Prime Minister Benjamin Netanyahu condemned a terrorist attack in Ankara in a rare statement, as Netanyahu previously refrained from comments on attacks in Turkish cities.

"What we saw from the Turkish officials was the good will [in the aftermath of attack]. It was very clear. We can use this for widening the volume of our relations," an Israeli diplomatic source told Turkish media.

© AFP 2019 / FAYEZ NURELDINE
Why Turkish-Saudi Boots on the Ground in Syria Still Possible Despite Truce
Whether the tragedy could be enough to improve ties, the mood may be different in Jerusalem, as Israeli political analyst Ben Caspit wrote in his column for Al-Monitor.

"The Turkish tyrant is viewed in Jerusalem as a lost cause. The Israeli-Turkish military alliance will not be renewed so long as Erdogan’s party remains in power, and Jerusalem has no illusions," Caspit wrote.

When it comes to normalization of ties, there does not appear to be much of a push, however. The two countries' demands toward each other, from Turkey's request to lift the blockade of Gaza, to Israel's demand to boot Hamas from Turkey, outweigh the benefits of fully restored ties.

"Why do we need to pay the price and give in to Turkey’s demands to improve ties, given the country’s current volatile state?" Turkey expert at Israel's Bar-Ilan University Efrat Aviv said, cited by the Times of Israel.

Turkey's instability therefore remains a prime concern for Israeli diplomats and policy makers, as Turkey's descent into terror has made Israeli policy makers doubtful that any long-term compromise could be reached at this point. The terror attacks, as well, could sever existing economic ties, as Israel warns its citizens away from visiting Turkey.