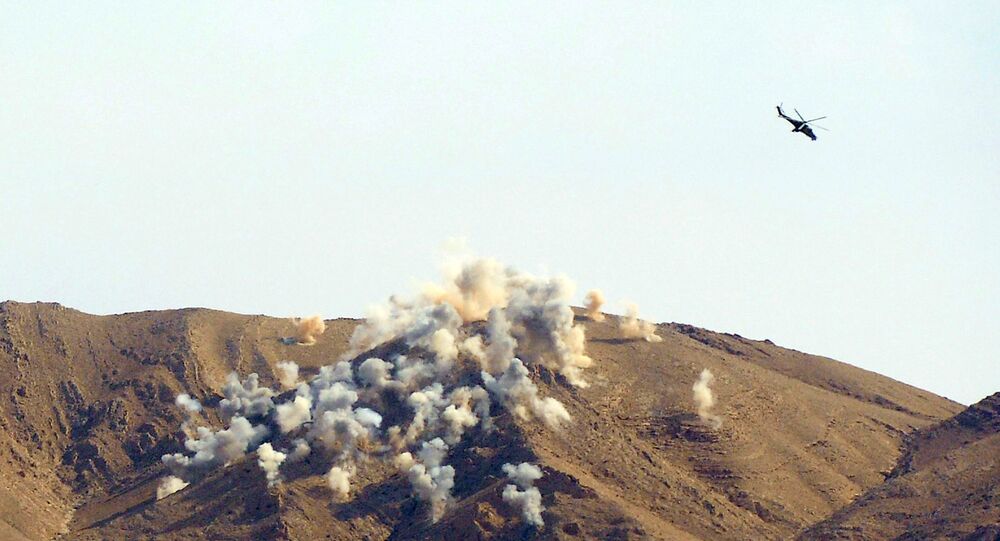 Airstrikes in the vicinity of the ancient Syrian city of Palmyra destroyed the headquarters of two terrorist groups - Daesh and al-Nusra Front, state media reported on Sunday.

MOSCOW (Sputnik) — According to the SANA news agency, scores of militants have been killed in the air raid, the origin of which was not specified.

Earlier, it was reported that the Syrian government troops and militias on Saturday successfully finished the first stage of their offensive on jihadist-held ancient city of Palmyra.

© Sputnik / Mikhail Voskresenskiy
From Palmyra to Raqqa: Syria, Russia on Course to Hit Daesh Where It Hurts the Most
Intense battles between Syrian troops and Daesh terrorists erupted on the city’s outskirts earlier this week. Extremists captured the historic city in May 2015, destroying many historic treasures, such as its ancient temples of Bel and Baalshamin.

Russian President Vladimir Putin expressed hope that Palmyra would be returned to the Syrian people at Thursday’s ceremony awarding Russian servicemen for their role in the nearly 6-month anti-terrorist campaign.

Syrian Ambassador to Russia Riyad Haddad said Thursday that the remaining Russian group in Syria “continued to support ground operations conducted by our army to liberate the city of Palmyra in particular.”

Over the past year, Daesh has seized, looted and destroyed several of the world's most important archaeological and cultural sites, including the ancient Palmyra, a UNESCO World Heritage site.

The Best is Yet to Come: Syrian Army Ends First Stage of Palmyra Offensive