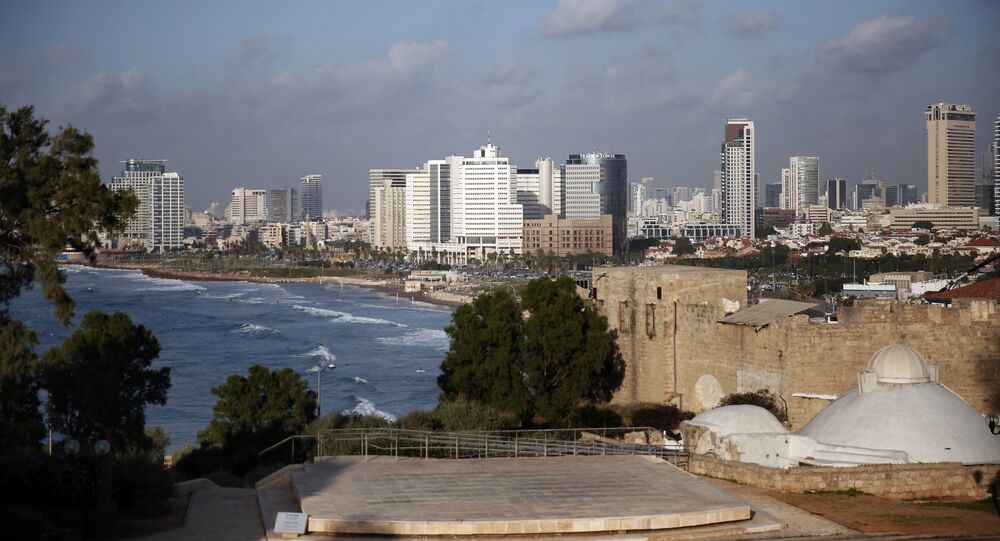 MOSCOW (Sputnik) — On Tuesday, a series of knife and gun attacks by Palestinians took place in three Israeli cities, namely Jaffa, Petah Tikva and Jerusalem. The assailant, a Palestinian man said to be from the West Bank city of Qalqilya, was shot and killed after he stabbed 11 people in the Jaffa port area of Tel Aviv. One of the victims, a US tourist, was later confirmed to have died in the attack.

"Due to the armed attack against civilians in the city of Petah Tikva near Tel Aviv, Rosturism has urged the Russian nationals staying in Israel to observe the security measures, in particular, if possible, to avoid crowded places, be extremely cautious and fulfill the local authorities' requirements," the statement reads.

© AFP 2020 / MUSA AL-SHAER
Moscow Revises Number of Russians Injured in Israel Stabbings Up to Four
According to the Russian Foreign Ministry, four Russians were among those wounded in the Tel Aviv stabbing attack.

The attacks coincided with a US Vice President Joseph Biden's visit to Israel.

Around 30 Israelis and several other foreigners have been killed in knife, gun or vehicle attacks, carried out mostly by Palestinian youths, since September 2015.