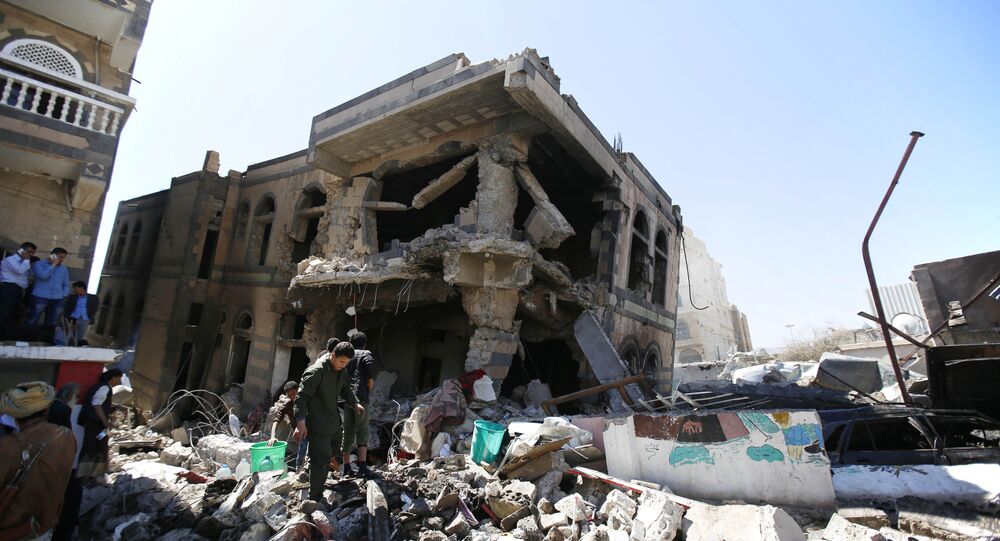 A huge part of migration crisis is the Yemeni conflict, with forcible more than 2.4 million refugees left, a spokesman for the Office of the United Nations High Commissioner for Refugees (UNHCR) stated Tuesday.

GENEVA (Sputnik) — The Yemeni conflict resulted in forcible displacement of more than 2.4 million people, a spokesman for the Office of the United Nations High Commissioner for Refugees (UNHCR) confirmed Tuesday.

© AFP 2020 / Bulent Kilic
Resolve Refugee Crisis With More Legal Migration, UNHCR Urges
In February, the Task Force on Population Movement, which is led jointly by the UNHCR and the International Organization for Migration (IOM) released a report that estimated the number of displaced people in Yemen at around 2.4 million.

"After almost one year of conflict in Yemen, more than 2.4 million people are forcibly displaced by the fighting, some of them in a hard reach areas. And the situation is likely to get worse, amid increasingly dire humanitarian and socio-economic condition and with no political settlement in sight," Leo Dobbs said.

Yemen has been engulfed in a military conflict between the government and Houthi rebels for over a year. Since March 2015, a Saudi-led coalition has been carrying out airstrikes against Houthi positions at the request of Yemen's President Abd Rabbuh Mansur Hadi.