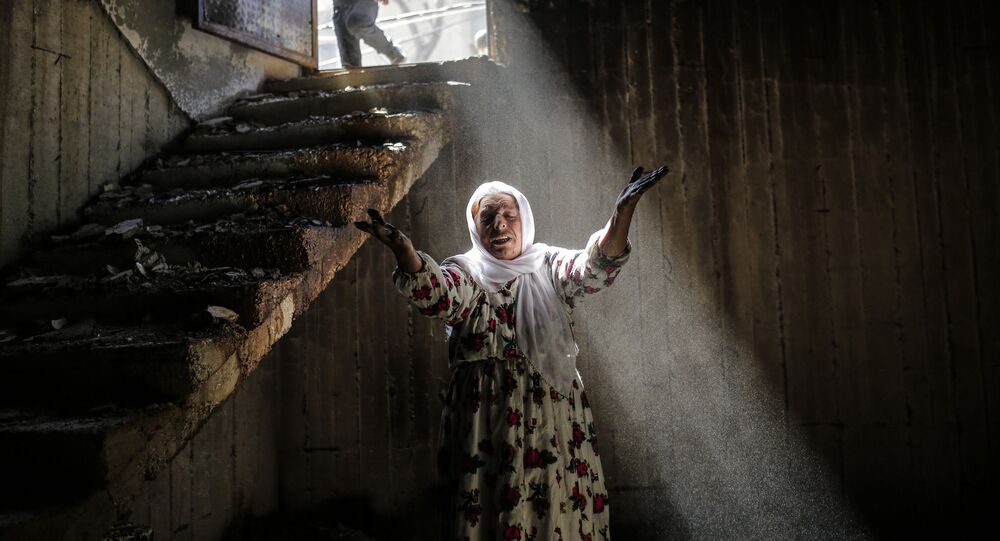 After four months, Turkey's operation in the country's southwest is sowing hatred and indifference among the general population because of its prolonged brutality, according to a local political leader.

Turkey has labeled the lock-down in which civilians are prohibited from leaving their homes around the clock a "curfew," as military operations against the banned Kurdistan Workers' Party (PKK)  are ongoing. According to Yüksek's figures, around 200 people remain in the district despite Turkey's policy of deporting them from the area into camps, which it calls "evacuation." Yüksek told Sputnik Turkiye what the "evacuation" looks like.

"People are given the opportunity to choose one of two things. Either give in to the ensuing detention, for which they need to undress and come out with their hands up one at a certain time. People rightly considered these conditions unacceptable and offensive to their dignity. Or, the second option is to stay in the building and every moment to risk their lives, because attacks are carried out routinely and en masse," Yüksek told Sputnik Turkiye.

© AP Photo / Lefteris Pitarakis
Fighters Behind Attack on Tal Abyad Hired by Turkey From Refugee Camps
Passing through what Turkey calls a "security corridor" also does not guarantee security, as Turkish troops have opened fire on civilians who attempted to "evacuate" through such a corridor, Yüksek said.

"I want to appeal to Turkish society about the need to unite to oppose this AKP government policy. The authorities' actions are creating serious and deep divisions in our society. By its actions, the AKP has formed a society of people who feel satisfaction and joy while reading reports of Kurds killed in Cizre, Silopi, and Sura. Is it normal? Is it possible to relate with understanding humanity, humanity?" Yüksek said.

Yüksek added that reactions of gloating and indifference regarding the Turkish government's policy against Kurds show that Turkey is not a healthy society.