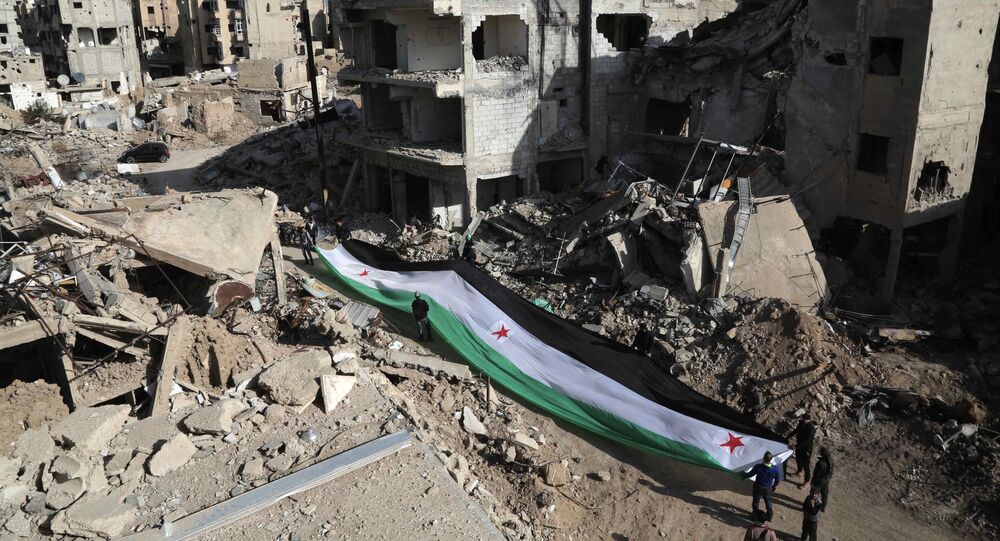 The total number of ‘moderate’ opposition units joining the reconciliation process in Syria has reached 30, according to the Russian Defense Ministry.

© AFP 2020 / VASILY MAXIMOV
Russian Center for Syrian Reconciliation to Protect Opposition Leaders
MOSCOW (Sputnik) – The total number of moderate Syrian opposition groups that have joined the ceasefire regime has reached 30, the Russian center for Syrian reconciliation said in a daily newsletter published on the Defense Ministry's website on Saturday.

"Application forms to join the cessation of hostilities over the past 24 hours have been received from eight commanders of armed groups operating in the province of Daraa. Thus, the total number of ‘moderate’ opposition units joining the reconciliation process has reached 30," the newsletter said.

"Negotiations with the leaders of six armed groups deployed at Damascus, Homs, Daraa provinces are ongoing," according to the statement.

A US-Russia-brokered ceasefire came into force on February 27 across Syria. It was supported by the Syrian government and dozens of opposition groups on the ground. The Islamic State and the Nusra Front (outlawed in Russia) are not part of the deal.