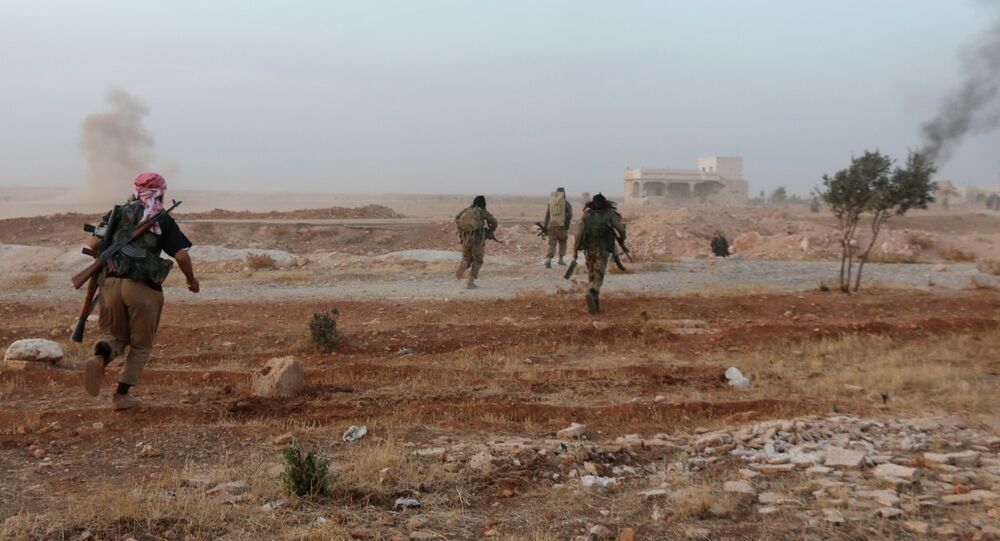 Truce agreements with four Syria's moderate opposition field commanders have been concluded in the past 24 hours, talks with 11 more are underway, the Russian Defense Ministry said on Wednesday.

© AFP 2021 / LOUAI BESHARA
The Door to Peace: Why Even Fragile Syrian Ceasefire Matters
MOSCOW (Sputnik) — Last week, Russia and the United States reached an agreement on the ceasefire in Syria. The cessation of hostilities took effect at midnight on Saturday, Damascus time, generally holding across the country despite reported minor violations.

"In the course of the last 24 hours, ceasefire agreements have been signed with four commanders of moderate opposition units, which control Kafar, Shams and Gabagib (Daraa province). Total number of signed agreements has reached 40," the ministry's Reconciliation Center Bulletin reads.

"By the mediation of the Russian Federation, negotiations are continued with another 11 leaders of armed formations located in the provinces of Damascus, Daraa, Homs and Aleppo," the bulletin added.