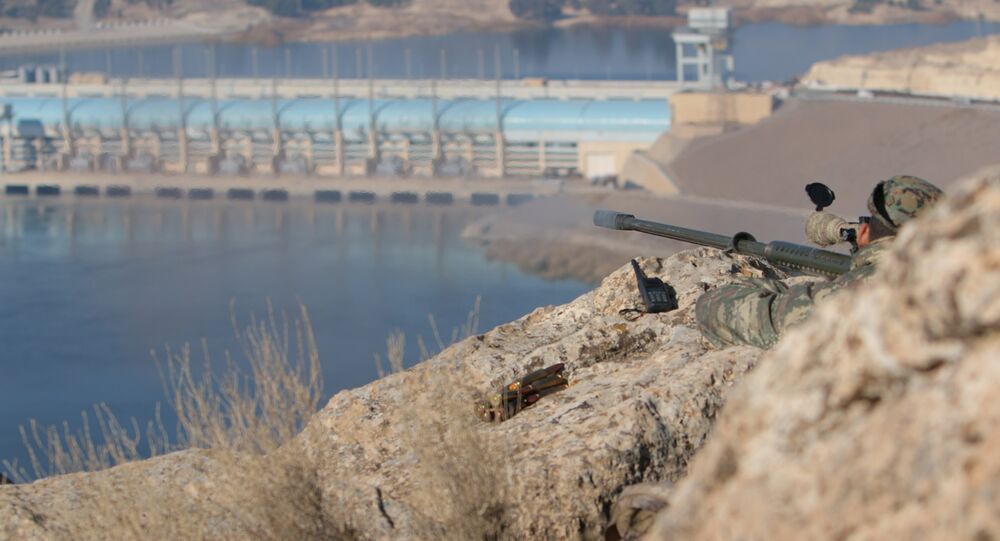 A crew of the Russian REN TV channel was trapped in the Kurdish town of Kobani on the Syrian-Turkish border after Daesh terrorists launched an attack on the city.

MOSCOW (Sputnik) – A Russian team of the REN TV channel was sharpened by Daesh (ISIS/ISIL/Islamic State) jihadist group in the Kurdish town of Kobani on the Syrian-Turkish border, the channel's cameraman said Saturday.

"We have worked in the Kurdish town of Kobani for several days and were preparing to depart toward Iraqi Kurdistan. This morning a powerful assault by IS [Daesh in Arabic] militants suddenly began in the nearby town of Tell Abiad," Mikhail Fomichev told RIA Novosti by phone.

© AP Photo / Sepahnews
Senator John McCain Outraged Over US Navy Crew Detention by Iran
YPG said a column of Daesh terrorists left the Islamists’ stronghold of Raqqa to launch an assault on Tell Abiad, while a group of 50 Daesh terrorist attacked the town from the Turkish side.

"There is fighting in around 15 locations in Tell Abyad. The city is on fire. The road from Kobani to the east, which we were planning to use, is too dangerous now. We are trapped in Kobani," the cameraman stressed.

Syrian Kurds May Open Missions in Washington, Some European Capitals