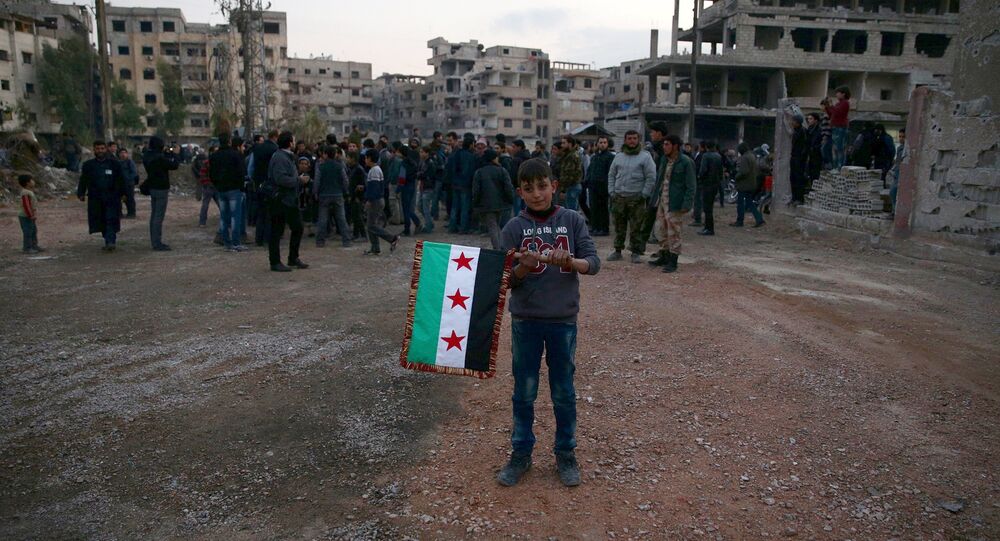 George Sabra, the deputy head of the Syrian opposition delegation at the intra-Syrian talks said that the situation seems to be calm, but it's to early to assess the ceasefire in Syria.

© REUTERS / Rodi Said
Russia Sends to US Proposals on Ensuring Ceasefire in Syria - General Staff
CAIRO (Sputnik) — The situation in Syria is relatively peaceful on Saturday, but it is too early to assess the ceasefire in the conflict-torn country, the deputy head of the Syrian opposition delegation at the intra-Syrian talks in Geneva told Sputnik.

"It is too early to assess the ceasefire. There were violations by the regime in Daraa and Ghouta near Damascus during the first hours after the ceasefire had taken effect. Today, the situation seems to be calm, we have not received any reports on [ceasefire] violations," George Sabra said.

© Sputnik / Dmitriy Vinogradov
Russian Air Forces in 'Complete Control' of Situation in Syria
Russia and the United States reached an agreement on the ceasefire in Syria on February 22. The ceasefire took effect at midnight on Saturday Damascus time (22:00 GMT on Friday).

The UN Security Council unanimously adopted the Resolution 2268 endorsing the Russia-US agreement on the cessation of hostilities in Syria on Friday, shortly before the ceasefire came into force.