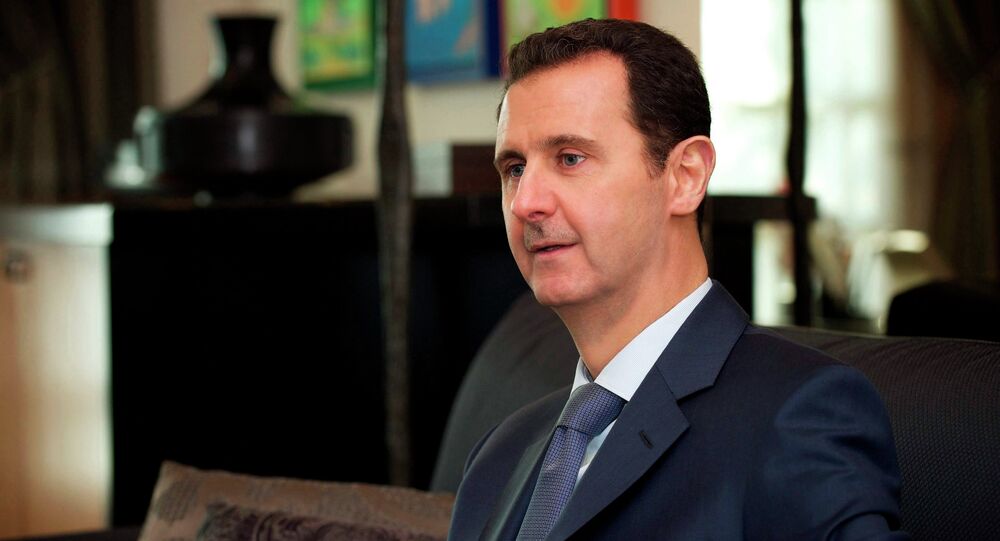 Bashar Assad said that Western sanctions against Syria were a contributing factor in the difficult situation with refugees in the country.

© AP Photo / Hassene Dridi
Assad Wants to 'Save Syria' in 10 Years
MOSCOW (Sputnik) – The Western sanctions against Syria were a contributing factor in the difficult situation with refugees in the country, Syrian President Bashar Assad said.

In an interview with El Pais newspaper, Assad outlined two reasons behind the crisis.

"The first… is terrorism, because not only do the terrorists threaten civilians, but also deprive them of basic livelihood. The second reason is the embargo which the West, primarily the United States, had imposed on Syria, this is what created even greater difficulties for people’s lives here, mainly in the healthcare sector," Assad said.

According to the Syrian president, people having to flee their country is one of the saddest parts of the crisis. Assad stressed that all refugees can come back to Syria

Syria has been in a state of civil war since 2011, with the army loyal to Assad fighting several opposition factions and militant organizations, including Islamic State, which is banned in Russia and a number of other countries.

According to the UN refugee agency, 6.6 million Syrians are displaced inside the conflict-torn Arab republic, while about 4.6 million people fled the country, triggering a massive refugee crisis in the European Union.

All Sides, Not Just Assad Should Follow Advice on Syria Settlement - Moscow