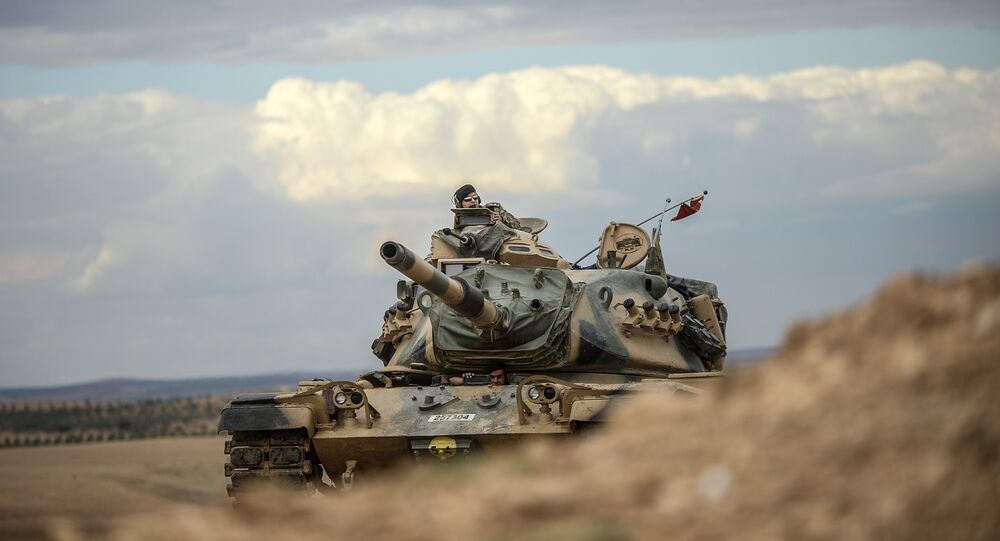 Some 120 Kurds have been burned alive in different buildings by Turkish military forces, as government’s offensive on mainly Kurdish southeastern provinces brings new victims, a member of the Turkish parliament from the pro-Kurdish Peoples' Democratic Party, Feleknas Uca, told Sputnik.

WASHINGTON (Sputnik) — Over the past month, Turkish forces have repeatedly attacked YPG positions in Syria, claiming the Kurdish militia is a terrorist group that threatens Turkish security.

"In Cizre district of Sırnak, around 120 people have been burned alive in different buildings by Turkish military forces," Uca said on Thursday.

​Uca added that all the victims in the Sırnak province that borders Syria and Iraq were Kurds.

"Many people and journalists rise against an imminent massacre like in Cizre," she added.

Feleknas Uca also stated that Turkey continues offensive against Kurdish-populated Diyarbakir province, where at least 200 people have been trapped in basements.

"The situation in Diyarbakir is terrible. Its district Sur is seeing 79th day of curfew. 200 people were trapped in basements, and Turkey’s special forces do not allow to rescue them," Uca said Thursday, adding that an offensive in Sur continues.

Relations between Ankara and Kurds both inside the country and in Syria have been progressively worsening. Turkey links Syrian Kurds to the Kurdistan Workers’ Party (PKK) and labels both terrorist organizations.

Tensions escalated in July 2015, after 33 Kurdish activists were killed in a suicide blast in the Suruc district and two Turkish policemen were later killed by PKK, which led to Ankara's military campaign against the group. Violence escalated further in December, when Turkish authorities declared a curfew in a number of southeastern regions.

Turkey's authorities were also quick to blame Kurdish organizations for Wednesday's blast in the Turkish capital Ankara that killed 28 and left 61 people wounded.