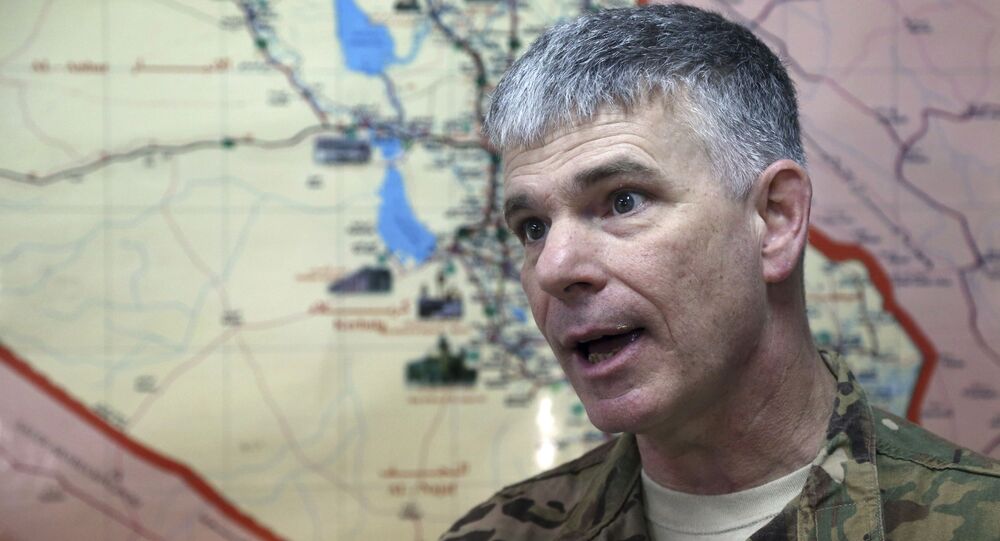 The US is considering a possible air support for the Afrin Kurds.

WASHINGTON (Sputnik) — The US military will look into the possibility of supporting from the air the Afrin Kurds’ advances in northern Syria against Daesh, Operation Inherent Resolve spokesman Col. Steve Warren told reporters on Wednesday.

"Right now our airpower is focused on vetted Syrian opposition and some with moderate Syrian opposition," Warren said in a briefing. "We have not yet taken strikes in support of this group of Afrin Kurds, but it is certainly something to consider."

Afrin is a city and a district in the Kurdish region of Syria, which is being blockaded by Syria’s Islamist opposition groups as well as by Turkey.

Ankara claims that Syrian Kurds have links to the Kurdistan Workers’ Party (PKK), which is fighting for Kurdish independence and is considered a terrorist organization by Turkey.

On February 10, Erdogan slammed US support of the Kurds, claiming that Washington is responsible for a "sea of blood," because it refuses to recognize the Syrian Kurds as terrorists and supports them militarily.

In the briefing, Warren reiterated the US willingness to support forces fighting the Islamic State terror group on the ground.

"As forces are battling ISIL [Islamic State], we will certainly consider whether or not we can provide airpower to support them," he concluded.

Daesh, is a designated terrorist group outlawed in Russia and many other countries. The infamous group, which has seized large areas in Syria and Iraq and declared an Islamic caliphate there, has sold significant quantities of stolen oil to Turkey, a charge that Ankara denies.