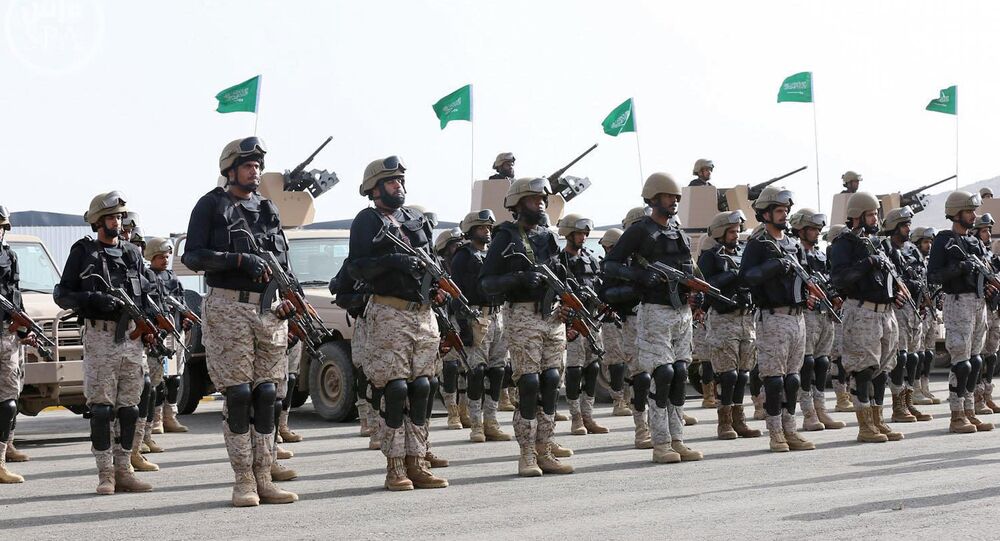 A Saudi Defense Ministry official told Sputnik that Riyadh had no troops deployed in Turkey for possible operations in Syria.

MOSCOW (Sputnik) – A Saudi Defense Ministry aide denied to Sputnik in a telephone interview that Riyadh has any troops in Turkey in preparation for possible ground operations in Syria.

“There are no ground troops from the Kingdom of Saudi Arabia currently in Turkey,” Ahmed Asiri said.

© AP Photo / SPA
Riyadh Mulls Equipping 'Moderate' Syrian Opposition With Better Arms
Earlier, Saudi authorities said that in order to increase efforts in the fight against terrorism, they were prepared to send military personnel into Syria under the condition that the possible operation would be agreed with the US-led coalition. An overall agreement on this was reached, Asiri told Al Arabiya television.

Turkish media reported last week that Turkey had deployed 100 servicemen to Syria. The Turkish Defense Ministry later denied the reports, but confirmed that planes from the Saudi Air Forces would be based in Turkey.

Over the last few days, Turkey has intensified shelling of Syrian territory, citing alleged threats from Kurdish groups against Turkey.