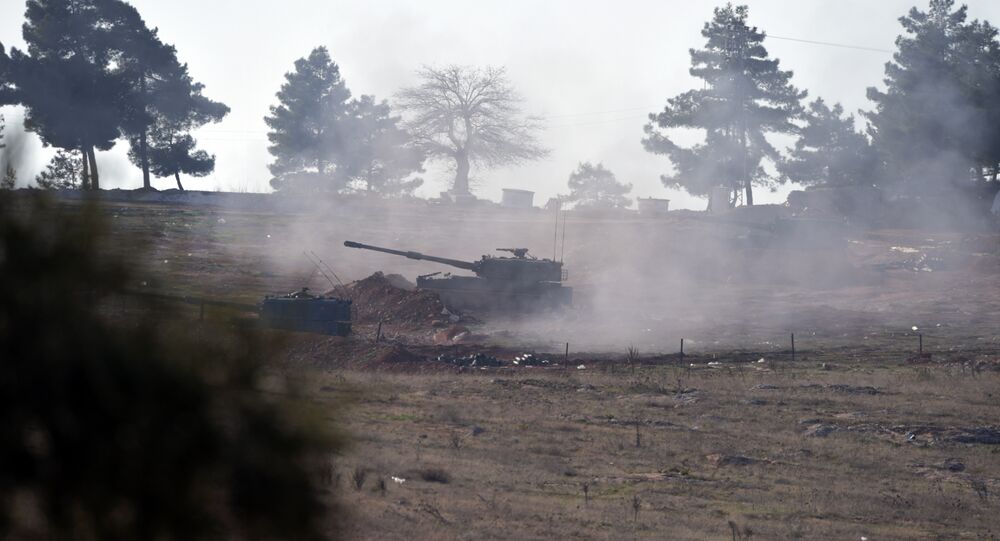 Turkey strongly condemned US call to stop Ankara's shelling the Kurdish militia in Syria, as the latter are seen as terrorist by Ankara, Turkish Foreign Ministry spokesman Tanju Bilgic said on Monday.

© AFP 2021 / ILYAS AKENGIN
Syrian Kurds to Sputnik: Turkish Army 'Can’t Stop Our Fight Against Terrorists'
MOSCOW (Sputnik) — Earlier in the day, US State Department spokesman John Kirby said in a statement that Turkey and Syrian Kurdish forces should move to deescalate tensions in northern Syria, claiming that Ankara and the Kurdish militia both face a serious threat from Daesh, encouraging them to focus on anti-Daesh efforts.

"We took with bewilderment the US attempt to put Turkey on par with a terrorist organization. Turkey's actions are aimed at the fight against terrorism, Turkey strongly condemns statements by Kirby, our strong protest has been brought to the attention of the US authorities," Bilgic told a press briefing.

The Kurds comprise ancient tribal groups, which are currently living in parts of Turkey, Iran, Iraq and Syria. In Turkey, Kurds represent the largest ethnic minority, and are striving to create their own independent state, which is not welcomed by Ankara.

YPG is the military wing of the Syrian Kurdish Democratic Union Party (PYD). Ankara considers the group to be an affiliate of the Kurdistan Workers’ Party (PKK), which is deemed a terrorist organization by Ankara.