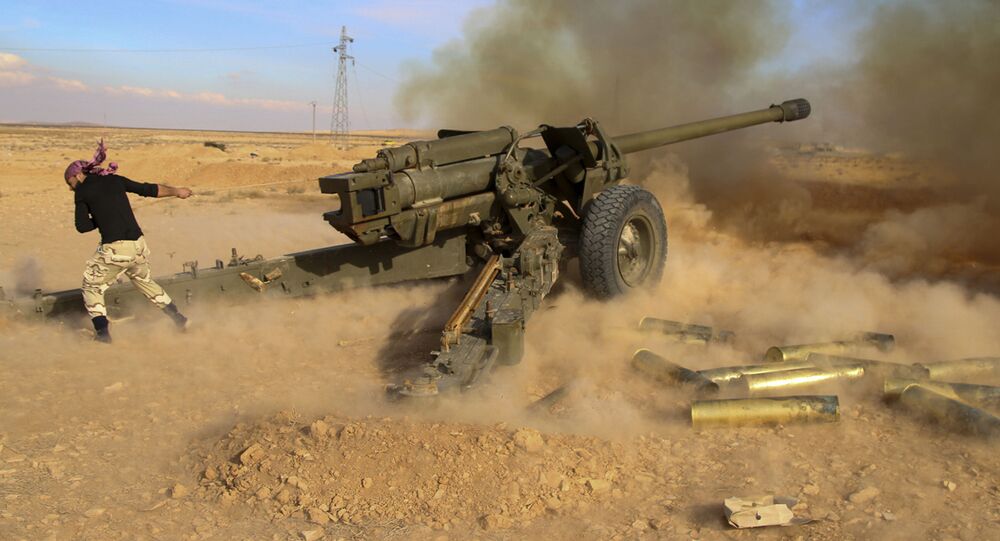 A ground operation by foreign troops in Syria would be a full-fledged war, the Russian prime minister said.

MOSCOW (Sputnik) — Moscow is against ground operation in Syria as it will lead to a prolonged war, Russian Prime Minister Dmitry Medvedev said.

"No one is interested in a new war. And ground operation is a full-fledged, long war," Medvedev told the Euronews television channel in an interview.

© AFP 2020 / AMER ALMOHIBANY
Syrian Militants Receive New Missiles From 'Assad’s Foreign Enemies'
The prime minister stressed that Russia supported Syrian President Bashar Assad as he was the only legitimate power in the country.

Syria has been in a state of civil war since 2011. The country’s government is fighting a number of opposition forces, as well as radical Islamist militant organizations.

Last week, Saudi Arabia’s Ministry of Defense said it was ready to deploy ground troops in Syria to fight the Daesh jihadist group. The United Arab Emirates made a similar statement.

Moscow has repeatedly dismissed the possibility of expanding its aerial campaign in Syria to ground operations.