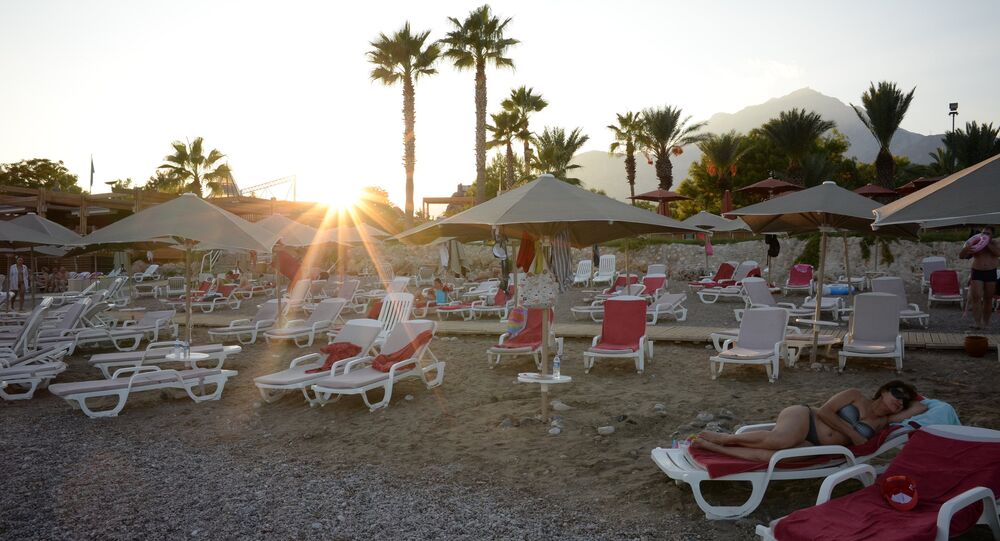 The economy of the Antalya Province in southwest Turkey could lose $8-9 billion because of the current crisis in the Russia-Turkey relations, a new report of the provincial chamber of commerce says.

© Sputnik / Kirill Kallinikov
Turkey Sees Economic Downturn Over Russian Sanctions, Fears to Lose $ 10 Bn
ANKARA (Sputnik) – Ties with Russia account for about a third of Antalya’s gross regional product (GRP), according to the report, which said that in the agricultural sector that share is about two thirds. Thus a partial or complete loss of the Russian market would have a detrimental effect on the province.

Relations between Turkey and Russia deteriorated in November 2015 when Ankara shot down a Russian Su-24 aircraft carrying out anti-terrorist operations in Syria. Despite Ankara's claims that the plane had violated Turkish airspace, both Russian and Syrian military officials confirmed that the plane never crossed into Turkish airspace.

Russia suspended its visa-free regime with Turkey and imposed an array of restrictive economic measures on Ankara in response to the downing of Russia’s Su-24 frontline bomber.