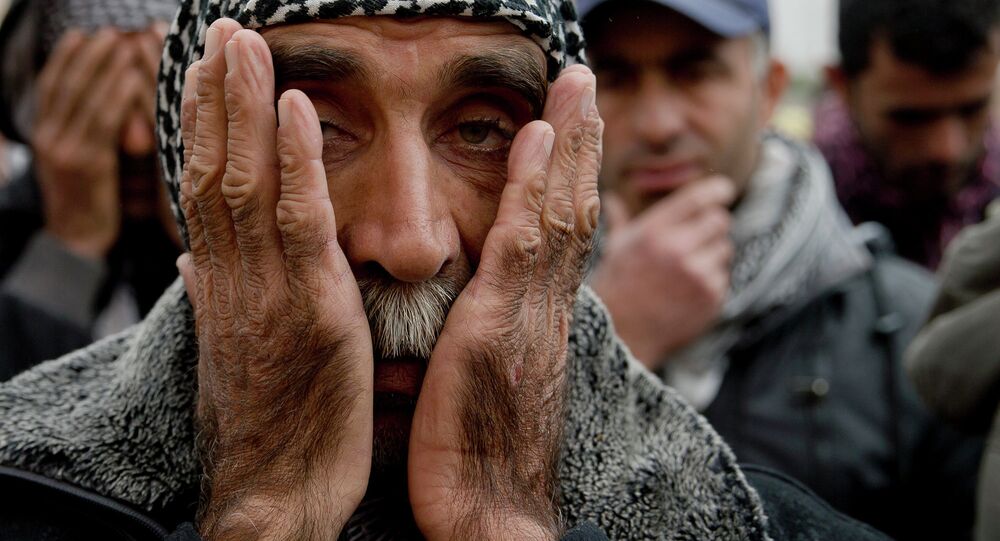 Hundreds of Iraqi Kurds gathered outside a UN compound in Erbil demanding an end to Turkish airstrikes against Kurdish militants in Iraq, local media reported.

Baghdad sharply criticized Ankara for the attack and called for the Turkish forces to withdraw from Iraqi territory without any preconditions, a request that the Turkish government has not met so far.

In December, Ankara deployed some 150 troops and a number of tanks to the outskirts of Mosul, the capital of Iraq’s Nineveh province, purportedly to train Iraqi Kurdish Peshmerga fighters against Daesh.

Turkey intensified its military operations against Kurdish militants and Daesh terrorists after a series of terrorist attacks that have hit the country since July 20, 2015 and claimed the lives of many civilians.