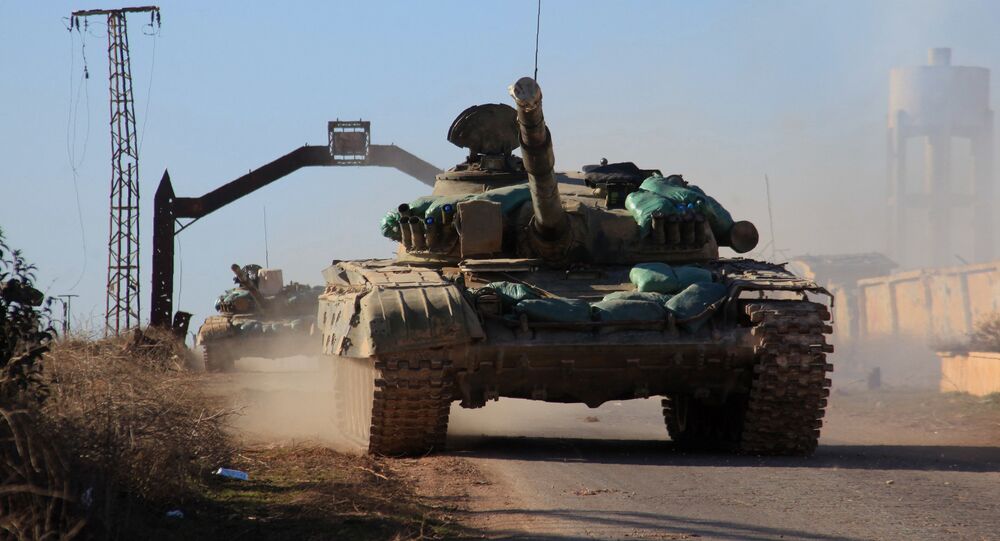 More than 300 members of the al-Nusra Front terrorist group were killed in clashes near the Syrian city of Retyan in the Aleppo province.

© Sputnik / Michael Alaeddin
Syrian Army Cuts Al-Nusra Militants' Supply Line Between Aleppo and Turkey
The death of the militants occurred as a result of heavy fighting near the city of Retyan in the province of Aleppo, a source told TV channel Al-Mayadin under condition of anonymity.

The Syrian armed forces were said to have eliminated 300 fighters during the fierce fighting in the area over the last few days.

"The militants have confirmed the death of 300 al-Nusra Front in the battle for Retyan in the north of Aleppo," the channel reported, citing the source as saying.

Last week, the government forces cut off the main supply routes of terrorists in the Aleppo province. With the help of Russian military forces and local militias, the Syrian military also managed to break the four-year blockade of two cities, with an overall population of around 70,000 inhabitants.

On Friday, the government troops continued their offensive to the north of the province toward the Turkish border. Terrorists active in the area fled in large groups, leading to the liberation of large parts of the region, the Syrian military reported on Tuesday.

Saudis Want to Send Troops to Syria to 'Support' Terrorists

Talks on Ceasefire in Syria 'Impossible' Without Common List of Terrorists