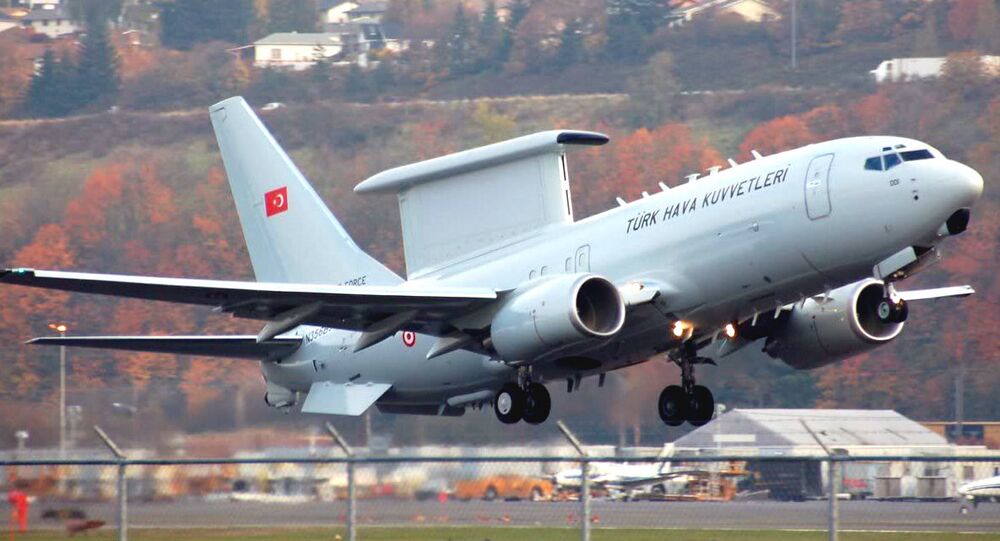 Turkey’s military is considering the purchase of two additional airborne early warning and control (AEW&C) airplanes from the United States in a response to increased tensions in the region, according to a media report on Thursday.

WASHINGTON (Sputnik) — AEW&C aircraft can detect air, sea and ground vehicles at long ranges and direct traffic in a battle zone. The capability could be useful in monitoring conditions related to the civil war in neighboring Syria.

"We are faced with a different threat concept the than the concept we assessed when we ordered four aircraft," Defense News quoted Turkey military's reasoning behind the likely decision to purchase more surveillance aircraft. "New [threat] deliberations may force us into a new acquisition."

© Flickr / Alan Wilson
Turkey's Refusal of Observation Flight Only Fuels Worries It Supports Daesh
In December 2015, Boeing delivered the fourth and final surveillance plane to Turkey, but the country could exercise an option to buy another two aircraft.

The skies over neighboring Syria are becoming increasingly crowded as the air forces of the US-led coalition and Russia intensify their respective efforts to destroy the Islamic State. The terror group, also known as Daesh, is outlawed in the United States and Russia, among other countries.

Turkey has recently came under intense criticism for allegedly purchasing oil from the Islamic State that the terror group has been stealing from Syria and Iraq, as well as supplying it with weapons.