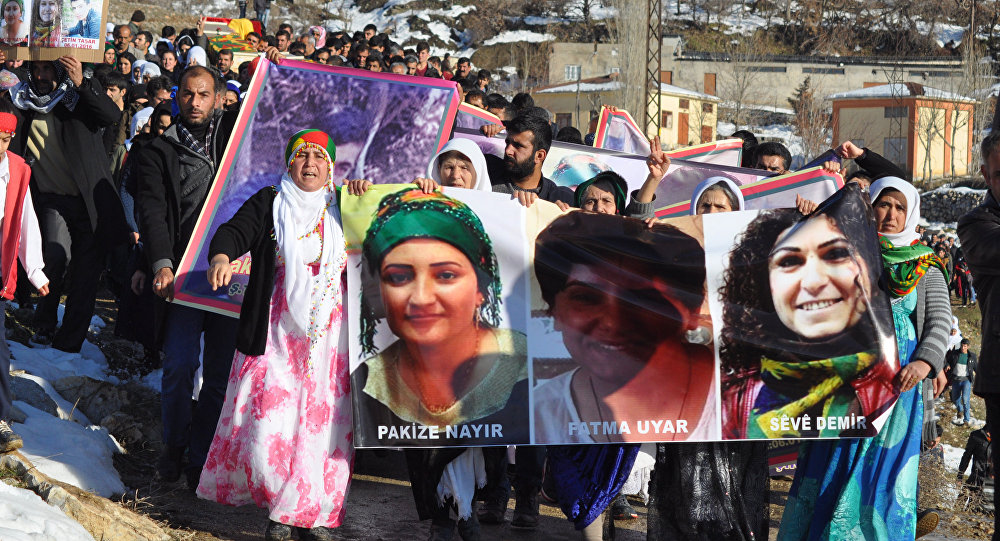 More than 80 people have been killed and hundreds more injured in Turkey's so-called anti-terrorist operation in the ethnically Kurdish town of Cizre in the country's southeast, according to RIA Novosti.

He lamented the fact that many of those who had been wounded eventually died after they failed to flee the besieged town.

"Over 80 Cizre residents were killed in the so-called anti-terror operation, which was launched on December 14, 2015. Hundreds of people were injured during the siege of Cizre. Some of them ultimately died because they could not be transported to the hospital due to the siege," he said.

Murad Sezer
Turkish and Syrian Kurds run as Turkish security forces use tear gas to disperse them near the Mursitpinar border crossing on the Turkish-Syrian border, near the southeastern town of Suruc . file photo

According to him, Turkish authorities have repeatedly refused to negotiate on the rescue of the large group of wounded people who have been trapped in a basement in Cizre since January 23. Sariyildiz pledged to appeal to the UN High Commissioner for Human Rights and the International Committee of the Red Cross, which he said will hopefully intervene in the situation.

He spoke as a group of deputies from the Peoples' Democratic Party continue their hunger strike, which they announced in protest against the actions of the Turkish government. Turkish President Tayyip Erdogan has already accused them of "serving the interests of terrorists." 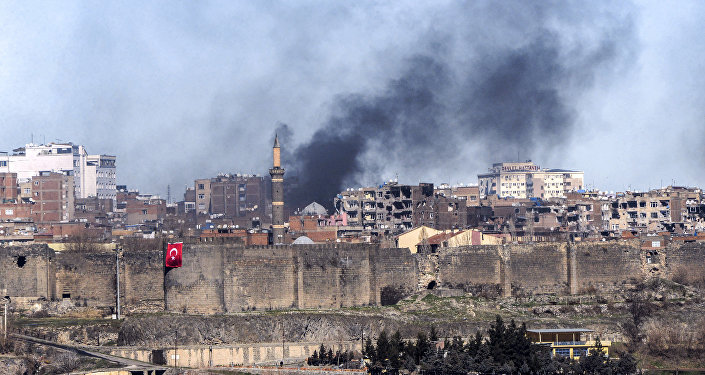 © AFP 2019 / Ilyas Akengin
Help or Step Aside! Turkish People Call to Save People Trapped in Cizre
The Kurds have long been campaigning for the right to self-determination and greater autonomy within Turkey, where they are the largest ethnic minority. Ankara has been stepping up its military operations in the mainly Kurdish areas located near Turkey’s borders with Syria and Iraq since December, when the PKK’s youth wing declared autonomy in the center of several cities. Erdogan has declared that he will continue the military campaign until the area is cleansed of members of the Kurdistan Workers' Party (PKK).

The Turkish Army's military operations against Cizre are in their fourth week; earlier, the authorities imposed a 24-hour curfew on the besieged town, where artillery shelling by the army forces has repeatedly hit residential neighborhoods, killing dozens of civilians.