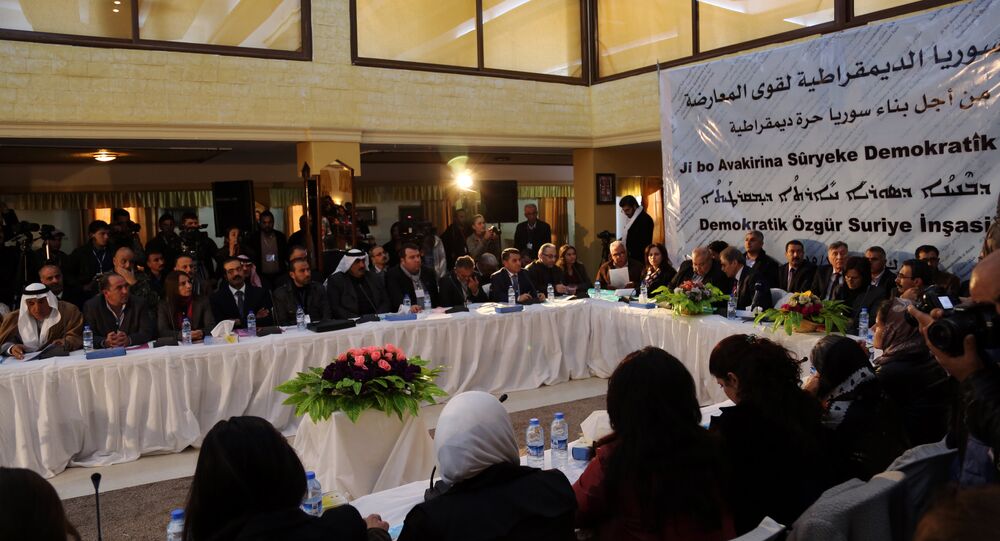 © Sputnik / Alexander Natruskin
Kurds Must be Included in Intra-Syria Talks – Syrian Politician
Turkey considers the PYD to be an offshoot of the outlawed Kurdistan Workers' Party (PKK) and views it as a terrorist organization.

"In what capacity the PYD will be at the negotiating table? Can a terrorist organization represent people? These are talks between the opposition and the regime. Terrorists organizations should not be allowed to attend," Çavuşoğlu said in an interview with Turkish NTV television.

"If the PYD has been invited to attend the Geneva talks, we will certainly boycott them," the minister stressed.

UN Special Envoy for Syria Staffan de Mistura earlier on Tuesday sent invitations to designated participants of intra-Syrian peace talks in Geneva scheduled for January 29. The list of invitees has not been disclosed.

Kurds Must be Included in Intra-Syria Talks – Syrian Politician