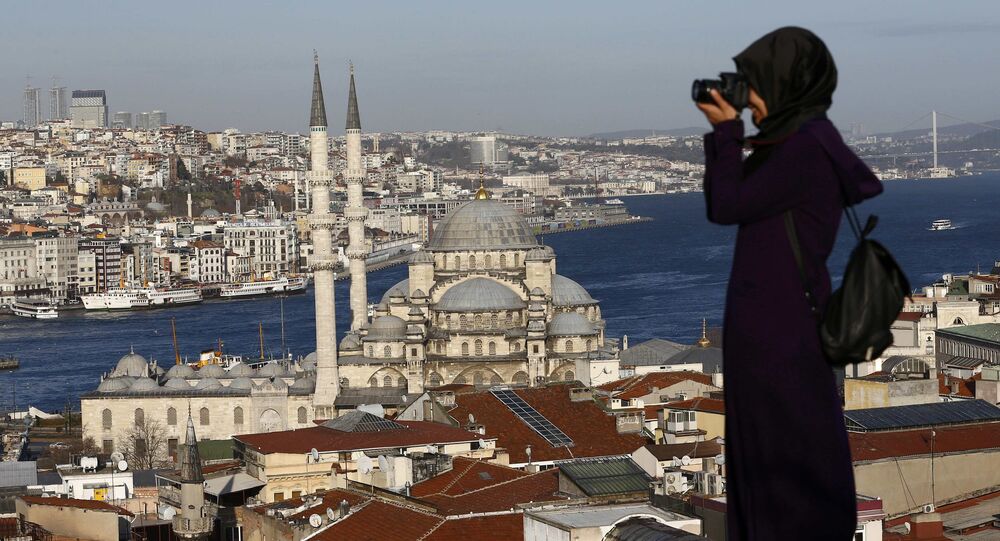 Iraqi Prime Minister Haider al-Abadi said Turkey was trying to re-establish the Ottoman empire, was unwilling to fight Daesh and should withdraw its troops from Iraq, IraqiNews.com reported.

“Turkey is telling us that it is eager to fight ISIS [Daesh], but I’m telling them frankly, I’m not seeing evidence of that and I hope to see more evidence of their intention to fight ISIS,” adding that, “I think the Turks have to shift their priority from considering the Kurds as their problem, to ISIS as their major problem.”

He also said that Daesh terrorists were responsible for the recent bombings in Turkey and advised Ankara to “take the risk of ISIS seriously.”

© AFP 2021 / ARIS MESSINIS
Turkey Has 24 Hours to Withdraw Troops From Iraq - PM Abadi
The Iraqi Premier accused Turkey of extending its fight against the PKK into Iraqi territory and of willing to do so also in Syria.

Haider al-Abadi said Iraq was keen on maintaining good relations with neighboring Turkey but insisted on the earliest possible withdrawal of Turkish troops from Iraq.

In early December 2015 Ankara sent approximately 130 troops to a town close to Mosul, the second largest city in Iraq, which was captured by Daesh in June 2014.

The initiative was not authorized by Baghdad, which called it a violation of sovereignty.

Iraqi authorities urged Ankara to withdraw soldiers and military hardware from the province of Nineveh and refrain from similar actions in the future.

Turkey Has 24 Hours to Withdraw Troops From Iraq - PM Abadi