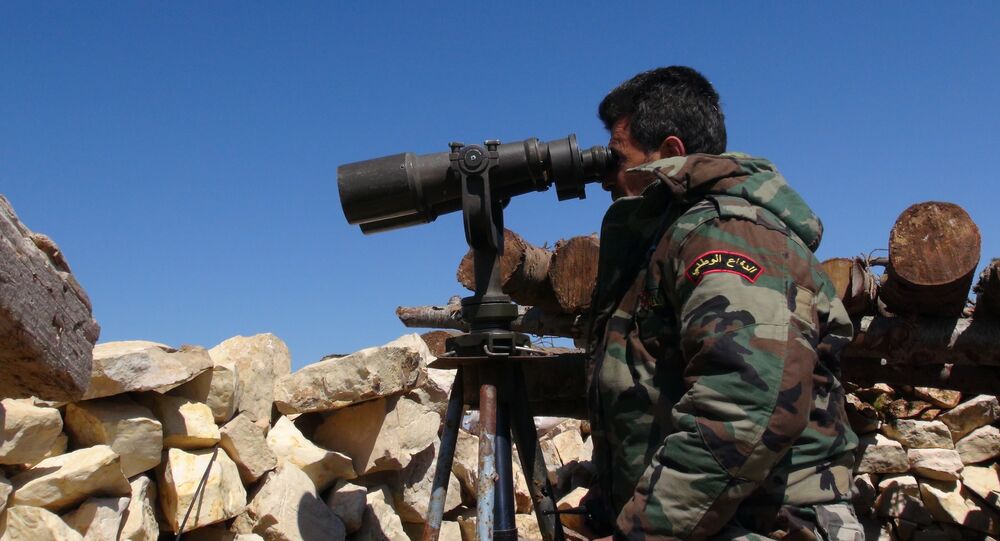 The Syrian army backed by popular defense groups has managed to gain control over the strategically important town of al-Rabea’a and the village of al-Rawda in the Latakia province near the border with Turkey.

The towns were liberated as the Syrian government forces continue to gain ground in battles against militants.

According to reports, an unspecified number of militants were killed or injured in the process, and a large amount of munitions were destroyed, SANA news agency reported reported.

© Sputnik / Valery Melnikov
Kicked Out: Terrorists on the Run as Syrian Army Advances in Latakia
The town of Rabia functioned as a major militant stronghold, and its capture gave the Syrian army the upper hand in its campaign to protect the northern sector of Latakia province with the border with Turkey.

A military source told SANA news agency that the engineering units are currently searching the area and disassembling the explosive devices and landmines planted by the terrorists.

Earlier on Saturday, army units similarly established control over the villages of al-Tefahiya, Hilwa al-Gharbiya, Hilwa al-Sharqiya, al-Amlik, Beit Arab, Beit Ablaq, and Tal Asholan along with all the hills surrounding them in Latakia’s northern countryside.