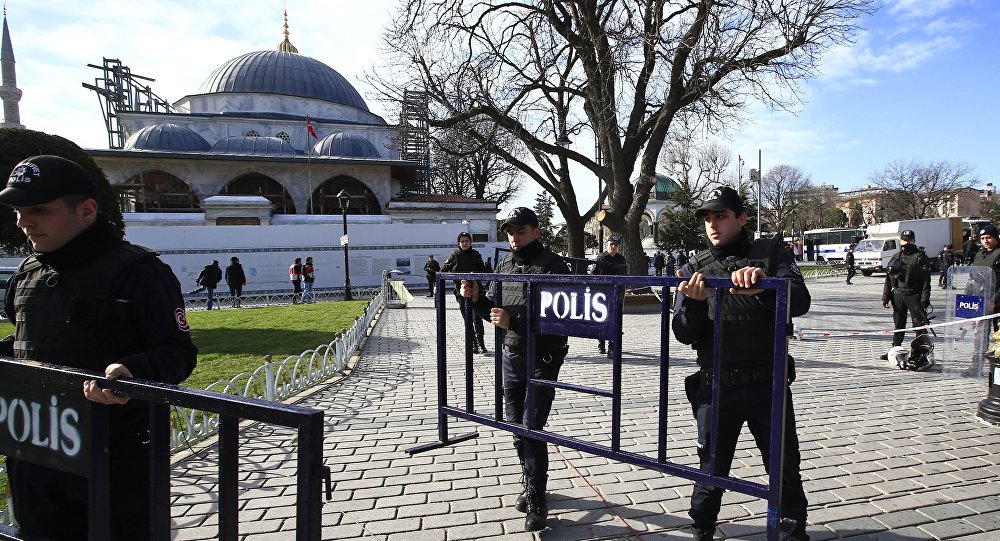 Exploiting information gaps and understatements regarding the Istanbul bombing that killed ten people, Turkish authorities are trying to use the attack as an excuse to brand Kurdish political parties as terrorist organizations and continue a state offensive in Syria.

© REUTERS / Kamal Aslan
Turkish Charade: Why Did Daesh Carry Out Suicide Bombing in Istanbul?
According to Telesur TV, a list of uncertainties surrounding a suicide bombing in Istanbul’s Sultanahmet district allowed the government to shift focus from Daesh deflecting responsibility for the attack to other actors, primarily Kurdish parties.

First of all, the attack hasn’t affected the country’s $30 billion tourist industry, as it occurred in mid-January, in the lull following New Year celebrations. If it was conducted earlier at the same site in front of the Blue Mosque, it would likely have killed far more foreign tourists.

Secondly, it turned out that the Syrian bomber, Nabil Fadli, deliberately uncovered his identity to the authorities prior to the attack. He arrived in Istanbul as a refugee and gave away his fingerprints, threatening his purported attack, Telesur noted.

And, finally, Daesh hasn’t yet claimed responsibility for the attack.

© Flickr / Matthias Rhomberg
Turkey Should Blame 'Ankara's Recklessness' for Daesh Attacks
Despite Turkish law enforcement’s stated had links to Daesh (the Islamic state/ISIL), the government used other factors to blame parties other than Daesh.

Following the attack, Turkish Prime Minister Ahmet Davutoglu accused Syrian authorities of collaboration with Daesh and hinted that some “certain foreign powers” could have conducted the attack using the Daesh as a cover.

A similar statement by Davutoglu made in October in the aftermath of the Ankara bombings sheds light on the prime minister’s stance, Telesur TV pointed out.  He then called the capital bombing a “cocktail terrorism” and laid responsibility for the attack on coalition of organizations including the Kurdistan Workers Party (PKK), Daesh and and the Revolutionary People’s Liberation Party-Front (PYD).

© AP Photo / Anatolia, Kenan Gurbuz
Striking Back? Turkey Boasts of Mysterious Bomb Attacks on Syria, Iraq
Moreover, the Istanbul attack provided Turkish authorities with cover to continue their offensive in Syria, attacking the bomber’s hometown of Manbij situated in the center of buffer zone Ankara intended to create. Coincidently, this area – including Manbij – is in the way of  offensives of Kurdish forces that have seized significant portions of neighboring territories from Daesh.

Turkish officials keep claiming they are in battle with Daesh, reportedly killing up to 200 militants in one attack, but Telesur concluded that references to the Kurds regularly emerging in political speeches may point to the real goals Ankara is actually pursuing.