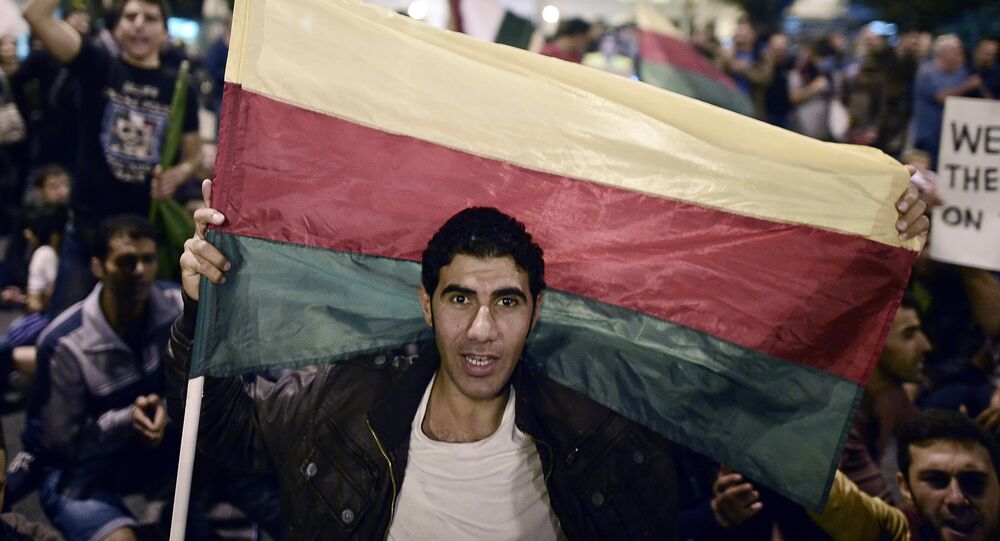 MOSCOW/ANKARA (Sputnik) –  Davutoglu further argued that the PYD is part of and receives open support from PKK, a group outlawed in Turkey, as cited by the CNN Turk broadcaster.

"We do not want Daesh, the PKK or the paramilitary forces of the regime," Davutoglu said at a joint press conference with Biden as quoted by the Today’s Zaman newspaper.

The fact that the Syrian Kurds are engaged in the fight against Daesh on the ground does not legitimize the group, he said ahead of talks with Biden.

Turkey's Kurdish-dominated southeast region has seen renewed hostilities between the Turkish government and the PKK since a spate of terrorist attacks claimed by the group and Daesh that began last summer.

Ankara has long seen the PYD, a political and military force based in northern Syria’s Kobani, as a Syrian branch of the PKK.