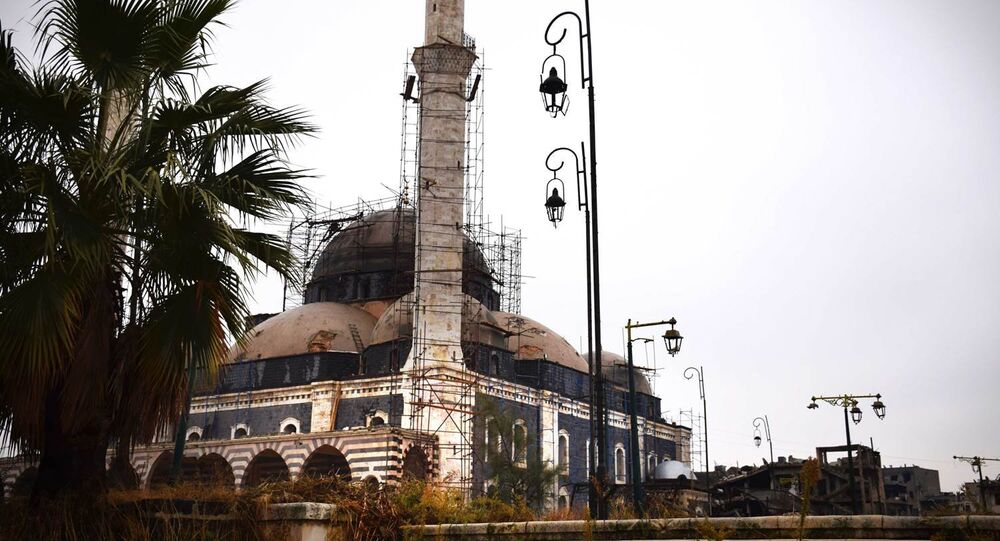 The violent uprising, which has plagued Syria for five years, has dealt major damage to Homs, one of the oldest cities in the country, but hope for local cultural heritage is not lost as restoration work is already underway, Hüssam Hamis, who heads a major museum in Homs, told Sputnik.

The city "is home to roughly 62 historic sites, including monuments, restaurants, villas, hotels, bazaars, the old market, mosques, churches," Hamis explained. "The city has seen intense fighting, but in general it has not been damaged as much as we previously thought. Some buildings were severely damaged, others were burned, but the majority of them could be restored."

The Khalid ibn al-Walid and Qasr al-Zahrawi mosques are one of the first monuments on this list. Other historic buildings are expected to be restored later this year. Local authorities are trying to involve international organizations to speed up and expand the process.

A monument could be rebuilt if its foundation and loadbearing structures have remained intact. The more damaged they are, the harder it is to restore the building. If a building's foundation was blown up, it is nearly impossible to repair it.

​"The majority of historic monuments in Homs have a solid foundation, meaning they can be restored," Hamis noted.

The city of Homs returned under government control in December 2015 following a local ceasefire agreement between Damascus and the militants. A number of similar deals have been inked recently, raising hope that a nation-wide ceasefire would soon be reached.

Run for the Hills: Syrian Army Kills Dozens of Terrorists in Major Advance