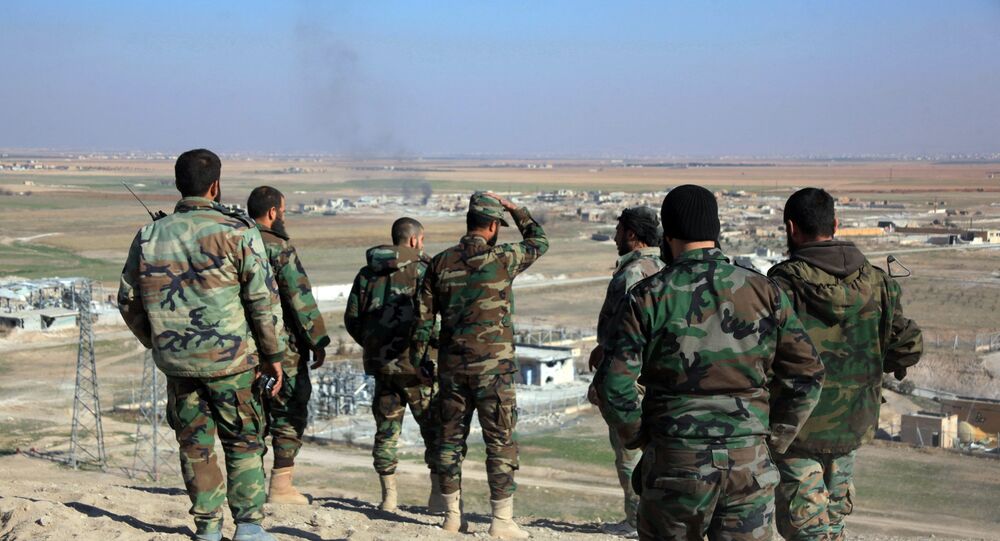 The number of refugees in Latakia is greater than residents as the coastal Syrian city have been accepting most of the people forced to flee other regions of the country where the armed conflict is most severe, mostly from Aleppo region. Some of the refugees agreed to share their experience with Sputnik Turkey.

MOSCOW (Sputnik) — Prior to 2011, the population of Latakia stood at 1.3 million, but more than 1.6 million people fled to the city since the Syrian war began. Residents of many Syrian cities, including Hama, Homs, Idlib and Raqqa, fled to Latakia, but the vast majority, almost 700,000, came from Aleppo.

The people began leaving their homes in Aleppo in mid-2012, while the peak of migration took place in 2013-2014. As other refugees do, former residents of Aleppo either work and rent homes or live in schools and hospitals on the funds provided by humanitarian agencies.

Some 20,000 refugees from Aleppo live in a small town of Ras al Basit, located between the cities of Latakia and Kesab. Some of them live in houses and barracks owned by a local workers’ union.

"There are 472 flats for living. They are all occupied, some flats are taken up by several families. We take nominal rent from hem only," Basil Gasir, a worker in the union, told Sputnik.

Many stories that Aleppo refugees told Sputnik were similar, yet their needs and financial status differ. There are those who were able to set up their own businesses in the village, as well as those who have to live on humanitarian aid as they have no family members who are able to work.

"We came here in 2012. Armed groups attacked the shop where I worked and stole all money. I wasn’t home when they came to my house and stole three of my children. We paid ransom and were able to save them, thank Allah, they are here next to me now. I don’t know what happened to my home," Abdulkadir from Aleppo told Sputnik.

He added that he was praying daily to be able to return home.

Muhammed Faruk left his home in the Kelassa neighborhood of the city of Aleppo in 2012.

"We left everything – our homes, our property, our work. There were violent clashes in Kelassa, we understood that we had to run. One of my children saved his brothers and sisters, at night we set off and settled here. Two of my homes were destroyed, I do not know what happened to them. The most important thing is that my five children are with me," Faruk said.

Mahmud Denes was seriously wounded by shrapnel and was left disabled. He needs treatment, and has been living in Latakia for four years without work. Denes has three children.

"Armed groups entered our lives and turned it upside down, destroying out homes. Four and a half years ago we came here with my family of five. Every month I spend 15 days here and 15 days in Aleppo. I know it’s very dangerous there at the moment but there is no electricity in Aleppo and I’m a civil servant, people need our help," Selahaddin Ziyad, an electricity worker.

A woman who came from outskirts of Aleppo to Latakia said that nobody in her family could earn money, as her husband was seriously ill. After their house was burnt down, they were left with nothing, and her husband suffered a heart attack, rendering him unable to work. According to her, humanitarian organizations send aid every two or three months.

"Armed people came to our home when they found out my sons were soldiers, and started threatening us. We could no longer remain there. We were later told that our home was destroyed," another refugee said.

A little girl said she was in the third grade of a local school. She said that she had new friends, but she was still hoping to return home.

Syria has been mired in civil war since 2011, with forces loyal to Syrian President Bashar Assad fighting against opposition factions and extremist groups such as the Daesh, which is outlawed in Russia and many other states.

The ongoing war has forced over four million Syrians to flee the country and a further 7.6 million to become internally displaced, according to UN estimates. According to the United Nations, residents of several Syrian regions are dying of hunger and have limited access to medical care.

Syrian Army Drives Daesh Away From Strategic Air Base Near Aleppo