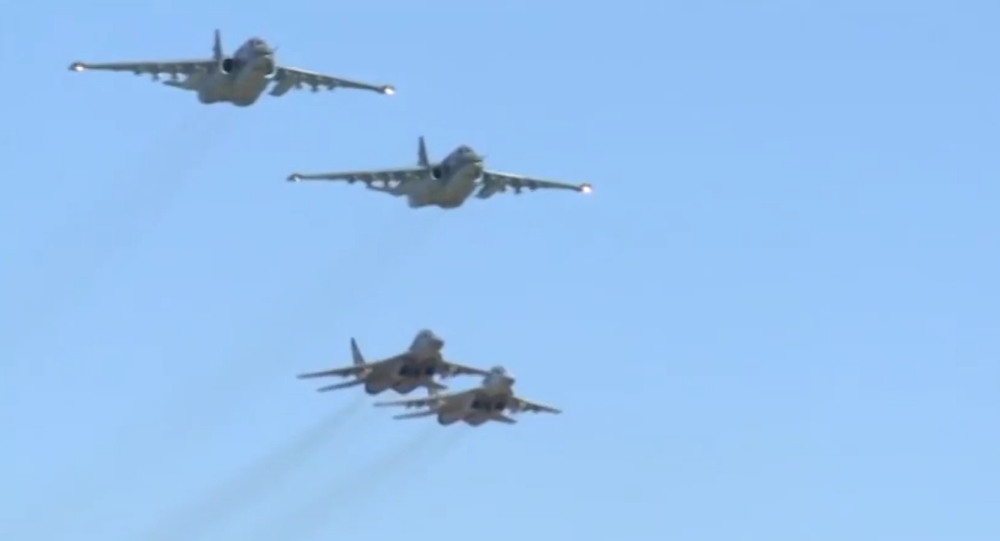 The Russian Aerospace Forces have conducted a joint combat mission with the Syrian Air Force for the first time, the Russian Defense Ministry said on Thursday.

"Crews of the Russian Aerospace Forces' Su-25 aircraft and Syrian Air Force's MiG-29 jets have carried out a joint mission in skies over Syria. Two MiG-29 fighter jets have provided escort for Russian attack bombers, which have been conducting airstrikes on terrorist infrastructure," the statement read.

© Photo : Russian Defence Ministry
Terrorists in Syria Still Being Reinforced Via Turkey Despite World Watching
Since September 30, Moscow has been conducting pinpoint airstrikes on terrorist targets in Syria at President Bashar Assad's request.

The Russian Aerospace Forces coordinate their actions with the Syrian army which is operating on the ground.

Russian warplanes have hit 1,097 terrorists targets in Syria and conducted 311 sorties since the beginning of 2016, the Russian General Staff said Monday. Over 150 towns and villages in Syria have been freed over the last 1.5 months due to the support provided to Syrian troops by Russian aviation.