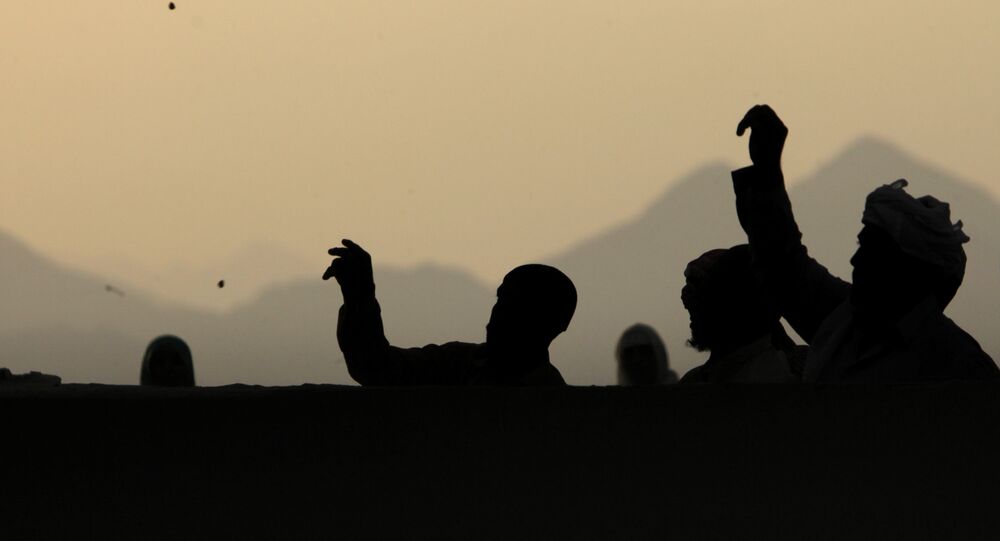 Relations between the two countries deteriorated after Saudi authorities executed prominent Shiite preacher Nimr al-Nimr who was known as a critic of the Saudi dynasty.

© AP Photo / Vahid Salemi
Iran Bans All Imports From Saudi Arabia After Diplomatic Relations Severed
On January 2, Riyadh announced it had executed a total of 47 people, including Shiite preacher Nimr al-Nimr, for alleged terror-related offenses. The execution caused widespread protests in Iran, with people attacking the Embassy of Saudi Arabia in Tehran and the country's General Consulate in Mashhad. After the missions were attacked, Saudi Arabia broke off diplomatic relations with Iran.

Saudi Arabia’s decision to sever diplomatic ties with Iran could cost the country billions of dollars if Iranian pilgrims are prohibited from taking part in the annual Islamic pilgrimage to the holy city of Mecca, known as the hajj, Forbes reported.

According to the magazine, about 100,000 Iranians take part in the hajj annually, comprising 5% of all Muslims participating in the hajj in 2015.

“The hajj is a big boon for Saudi Arabia’s economy. A Saudi economist claimed in 2014 that the country would earn $18.6 billion from the hajj and umrah combined, with $8.5 billion of that coming from the hajj. That’s ten percent of what Saudi Arabia makes in oil revenues,” the magazine wrote.

© AP Photo
Iranian Hajj Stampede Theories Abound: Fingers Point to US
In addition, 500,000 Iranians annually come to Mecca for the umrah – a non-compulsory but recommended pilgrimage which can take place at any time of the year.

Forbes referred to the data of the Mecca Chamber of Commerce, according to which an average  hajj pilgrim coming from abroad spends around $5,000 during his or her visit to Saudi Arabia. If multiplied by the number of hajj pilgrims from Iran, the figure reaches $500 million in revenue.

Assuming that expenditures of umrah pilgrims are approximately the same and adding them to the previous figure, one can calculate that Saudi Arabia may all in all lose about $3 billion a year as result of its rash and thoughtless decision.