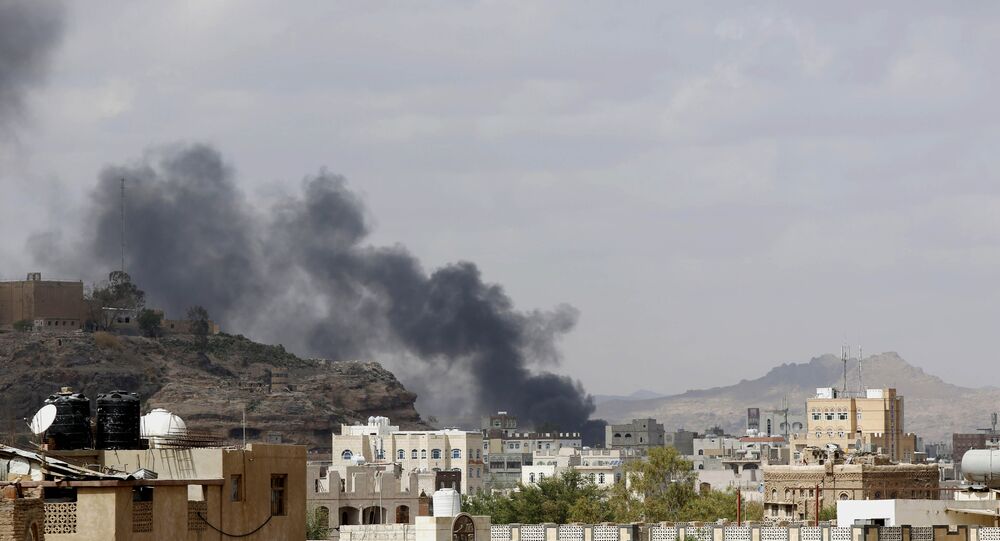 Tehran accused Riyadh of conducting an airstrike on the Iranian embassy in the Yemeni capital of Sanaa.

"This deliberate action by Saudi Arabia is a violation of all international conventions that protect diplomatic missions," he was quoted as saying by AFP.

Ansari added that "the Islamic Republic [of Iran] reserves the right to pursue its interests in this matter."

The Saudi-led coalition spokesman Brigadier General Ahmed Asseri said the accusations would be investigated and explained that the coalition had conducted heavy airstrikes against Houthi militants' missile launchers. He added that the militants had used civilian buildings including abandoned embassies.

An Arab coalition headed by Saudi Arabia has been carrying out airstrikes against Houthi positions in Yemen at the request of President-in-exhile Abd Rabbu Mansour Hadi since late March.

Relations between Iran and Saudi Arabia took a nosedive after Riyadh executed 47 men including a prominent Shiite cleric on terrorism charges on January 2. Condemning the move, protesters took to the streets in Iran, the biggest Shiite country, and attacked the Saudi embassy. Riyadh in response severed its relations with Tehran.

Iran imposed a full embargo on all imports from Saudi Arabia.