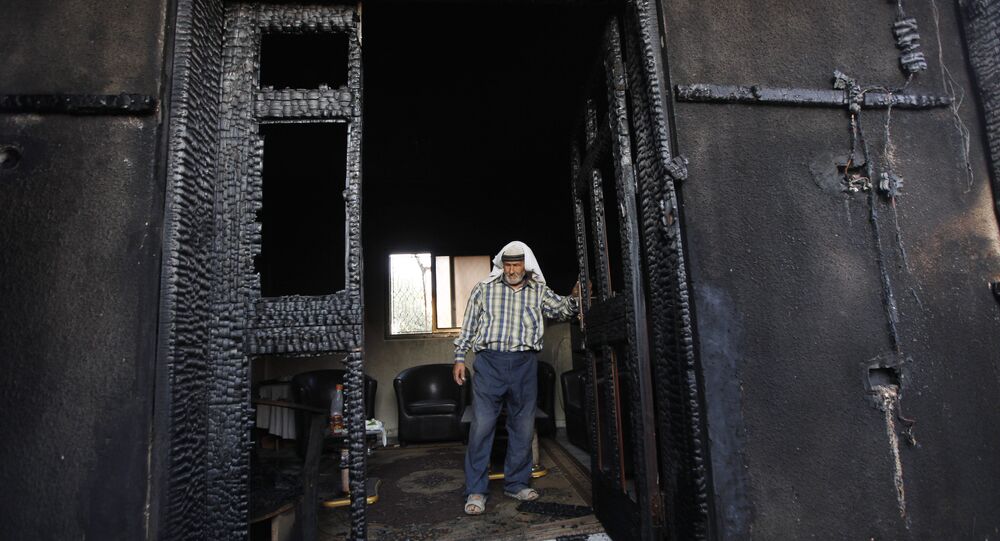 Murder charges were brought against two Israeli nationals who were accused of an arson attack on a Palestinian home in the Israel-occupied West Bank that killed a family of three, according to local media.

MOSCOW (Sputnik) — Two Israeli nationals have been charged in connection to an arson attack on a Palestinian home in the Israel-occupied West Bank that killed a family of three, including an infant, local media reported Sunday.

Murder charges were brought against Amiram Ben Oliel, a 21-year-old Israeli, according to Israel's Army Radio. It said that the second suspect, an unnamed minor, was also charged with murder despite his young age.

© REUTERS / Ammar Awad
West Bank Arson: Israeli Investigators Recognize the Enemy Within
Ben Oliel, the main suspect, has reportedly admitted carrying out the attack. Army Radio said the investigation is continuing, adding that there can be other suspects in the case.

On July 31, a house of a Palestinian family in the Duma village was set ablaze. A 18-month-old baby died in the fire, while his parents were badly injured and succumbed to their wounds within weeks.