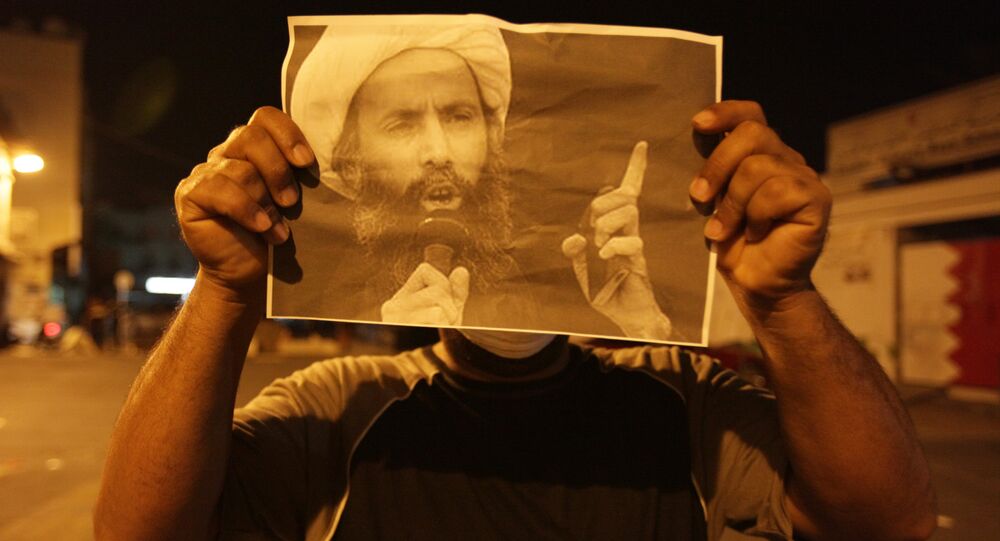 The Bahrain Foreign Ministry expresses its support for the execution of a prominent Shiite cleric in Saudi Arabia, according to official statement.

© AP Photo / Hasan Jamali
Hezbollah Bashes US for Covering Up Saudi Crimes After Cleric’s Execution
MANAMA (Sputnik) – The Bahraini authorities have expressed support for the actions of Saudi Arabia after Riyadh executed a prominent Shiite cleric, the country’s Foreign Ministry said in a statement.

Earlier in the day, Saudi Arabia’s Interior Ministry announced that it had executed 47 people convicted of terrorism, including Shiite preacher Nimr al-Nimr and an alleged al-Qaeda leader in Saudi Arabia, Faris Zahrani. Both men were sentenced to death in 2014.

"The Kingdom of Bahrain expresses its support in principle for the measures being implemented by brotherly Saudi Arabia to counter violence and extremism," the statement published on the ministry's website read.

According to the Bahraini ministry, the execution based on solid evidence is a necessary measure to ensure the safety of all citizens and residents of Saudi Arabia, as well as to deter those who are trying to sow discord and undermine the security and stable development of the Arab state.

© AP Photo / Jon Gambrell
Brother of Executed Shiite Cleric Al-Nimr Calls for Peaceful Reaction
Saudi Arabia plays a central role in the stabilization of the region and the world, as well as in the resolution of the crises the international community is facing, including the issue of terrorism, Bahrain’s Foreign Ministry stressed.

The Sunni monarchy stepped up prosecution of terrorism-related crimes in early 2014. According to Amnesty International, more than 150 people were executed in the country in 2015, which is the highest recorded figure in 20 years.