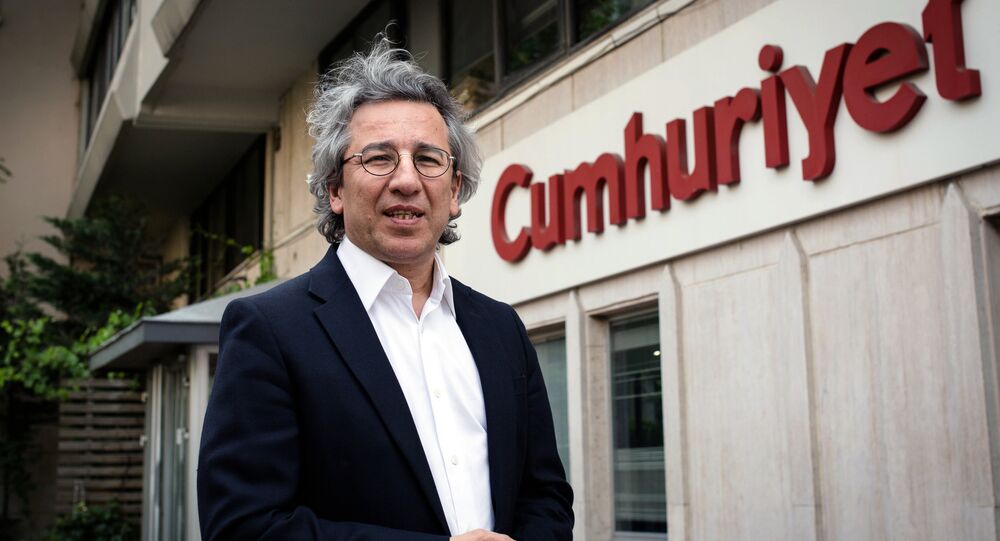 Turkish President Recep Tayyip Erdogan’s government used "state security" as a pretext to cover up smuggling of weapons into Syria and persecute the journalists who revealed it, imprisoned Cumhuriyet newspaper editor-in-chief, Can Dundar, said.

MOSCOW (Sputnik) — In November, Dundar and the Cumhuriyet’s Ankara bureau chief Erdem Gul were arrested after publishing a report containing images of what the newspaper stated were trucks carrying weapons that were bound for Syria.

"My conclusion is that no label of 'state secret' and no rationale for 'state security' permits a state crime," Dundar wrote in an article for The Guardian newspaper, published Monday.

Dundar is in prison charged with treason, espionage and terrorist propaganda. Large-scale protests were held in the county after his arrest in November.

In 2015, Reporters Without Borders rated Turkey the 149th out of 180 on its Press Freedom Index.