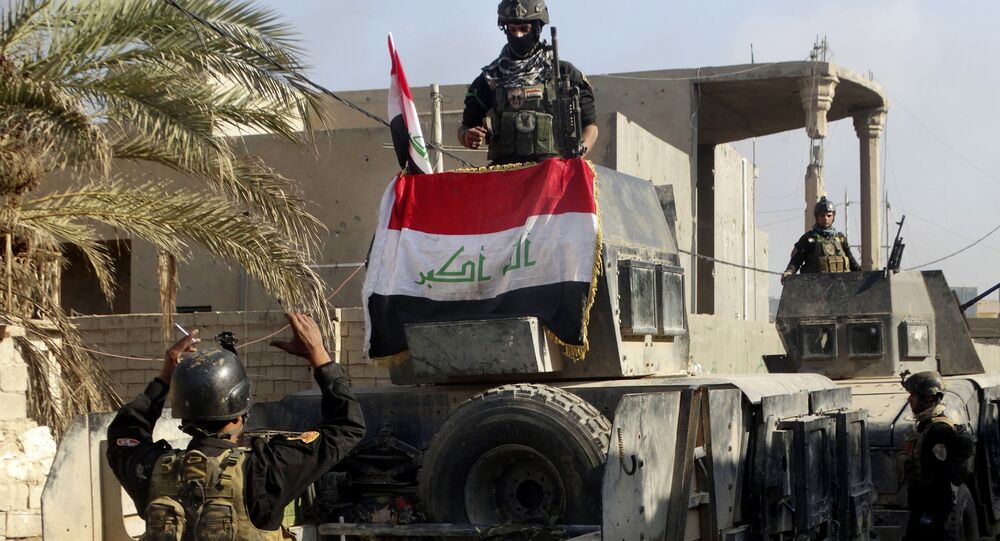 "The president spoke with Iraqi Prime Minister Haider al-Abadi over the phone. He congratulated him on the liberation of the city of Ramadi by Iraqi forces, which is the most important victory since the beginning of the fight against the Daesh terrorist organization," the statement said.

Earlier on Monday, Iraq's army announced that it had regained full control over the strategically important Anbar province's capital Ramadi. Complete liberation of the Anbar province from Daesh is to be announced within two days, media reports suggested, citing a military source.

© AP Photo
Daesh Beheads Teens for Refusing to Fight in Ramadi Amid Iraqi Army Victory
The liberation is a major step in restoring state authority in Iraq, Hollande said. The president assured Abadi that Iraq had France's full support in its fight against extremists.

The Iraqi army launched an anti-Daesh offensive across Anbar on December 22. The main aim of the offensive was to liberate Ramadi, which has been occupied by Daesh militants since May.

Daesh, which is an extremist jihadist group outlawed in Russia and many other countries, has seized large areas in Syria and Iraq in 2014, declaring a caliphate on territories under its control.