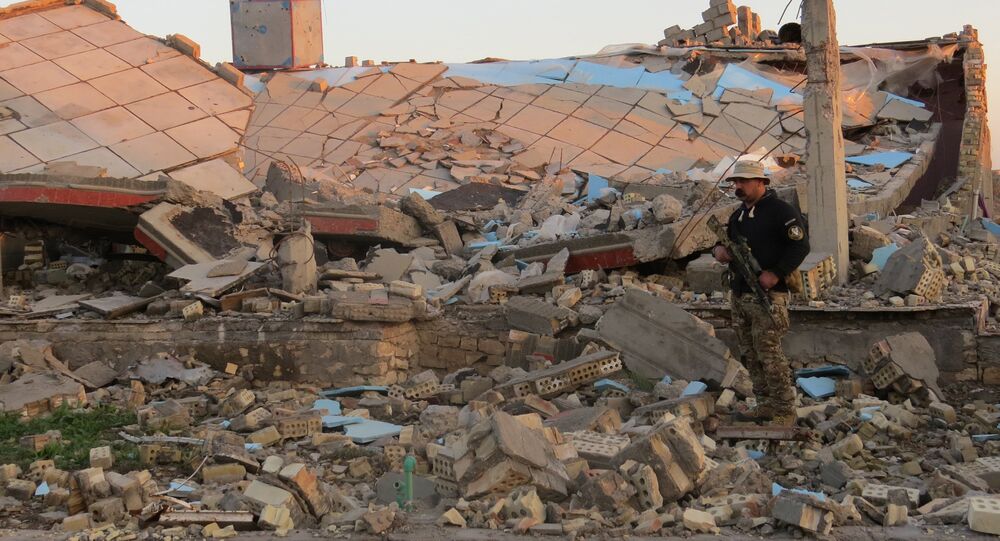 "Under Iraq's joint operation command control, Iraqi air force planes carried out precise airstrike in Qaim, in the west of the Anbar province on Sunday evening. As result of the strike, 25 Daesh commanders were killed and two terrorist positions were destroyed," Iraqi military said in a statement, as quoted by the Iraqi Media News Agency.

The Iraqi army launched an anti-Daesh offensive across Anbar on Tuesday. The main aim of the offensive was to liberate Ramadi, which has been occupied by Daesh militants since May.

Daesh, which is an extremist jihadist group outlawed in Russia and many other countries, has seized large areas in Syria and Iraq in 2014, declaring a caliphate on territories under its control.