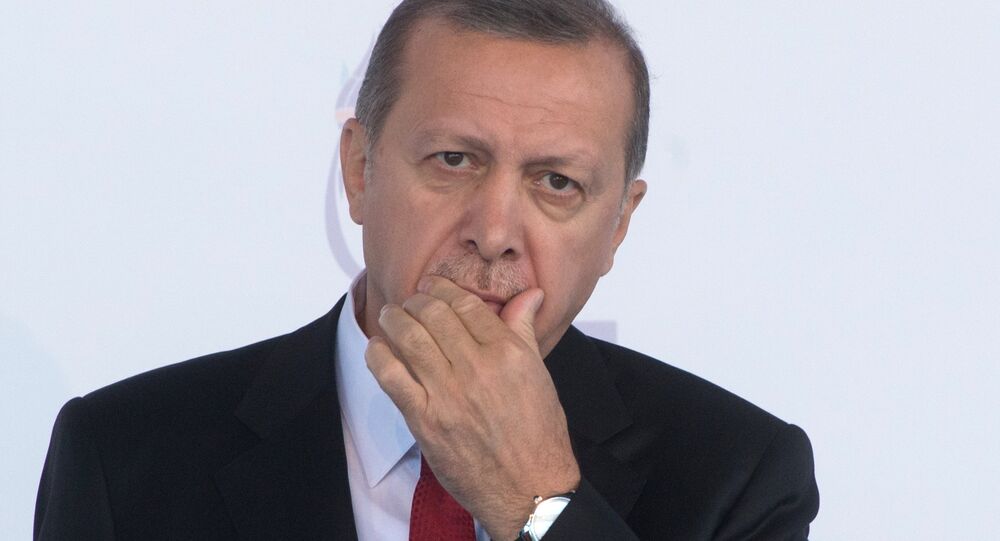 Turkish President Recep Tayyip Erdogan on Saturday spoke against cooperation with a coalition of Russia, Syria, Iraq and Iran, in the struggle against Daesh, also known as ISIL/ Islamic State jihadist group, while Syria is ruled by President Bashar Assad.

© AP Photo / Seivan M.Salim
Turkish Lawyers Sue After Report That Daesh Slave Trade Extends Into Turkey
MOSCOW (Sputnik) – In September, Russia, Iran, Iraq and Syria established the Baghdad Information Center to coordinate efforts in the fight against the Daesh. The aim of the center is to collect, process, summarize and analyze current data about the Middle East in the context of the fight against Daesh, distributing the information between general staffs of the four countries.

"Syria, Iran, Iraq and Russia have created a quartet of allies and asked Turkey to join it, but i told [Russian President] Vladimir Putin that I can not sit next to a president, whose legitimacy is under the question," Erdogan told Al Arabiya News Channel.

Turkey, as well as some Arabic and Western states, say that Assad has no role in the country's future, while Russia and Iran support Assad as the legitimate authority in Syria.

Syria has been in a state of civil war since 2011, with troops loyal to Assad fighting on multiple fronts against opposition factions and extremist groups, including Daesh, which is outlawed in many countries, including Russia and the United States.