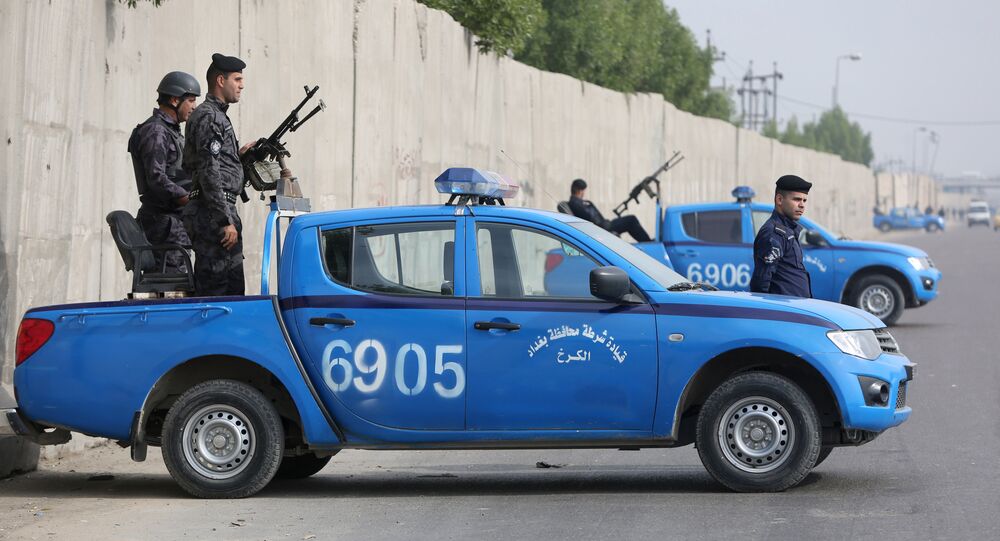 Last week, a group of armed men dressed in military uniforms kidnapped 26 Qataris, including an undetermined number of Qatar's ruling family members, from a camp near the Bassiyah area, close to the Saudi border.

"We detained five suspects. The rest are still at large, our investigation is ongoing," az-Zamili told Sputnik.

The Iraqi security representative also said he had several meetings with the police and a local governor to become better acquainted with the situation. It's still unknown how many people remain captive, az-Zamili said.

The Iraqi authorities closed border crossings to prevent the kidnappers from fleeing the country, the source said.

© AFP 2020 / HAIDAR HAMDANI
Members of Qatari Ruling Family Kidnapped in Iraq While Hunting
Earlier it was reported that nine hostages, service personnel of the Qatari royal family, were released.

The members of the royal family arrived in southern Iraq two weeks ago to do some falcon hunting, which has become a tradition for the group that goes to Iraq every year in December. During the rule of Saddam Hussein, falcon hunting trips were organized with the support of local security services. After the US invasion of Iraq, however, the number of hunting trips by Qataris decreased due to security concerns, but still took place under the discretion of the hunters themselves.

According to the Egyptian newspaper al-Ahram, the Qataris were abducted by the members of the Shiite militia group Brigade of Abu al-Fadl al-Abbas. Negotiations for the release of the hostages are being conducted by Hadi al-Amiri, one of the leading commanders of the militia group.

Kidnappers of Qatari Royal Family Members 'Haven't Made Any Demands'...Yet