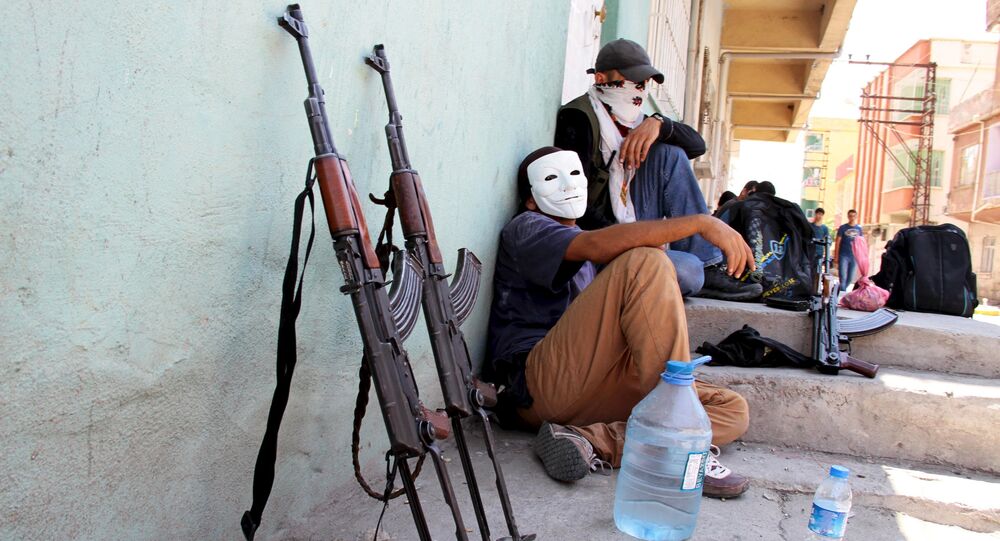 Over 60 Kurdish militants have been killed by Turkish armed forces in two southeastern provinces, the Turkish General Staff announced Friday.

ANKARA (Sputnik) – "The operation neutralized a total of 56 terrorists," the General Staff said of a campaign in the town of Cizre straddling the Syrian border.

The number of militants killed in the nearby town of Silopi was six, according to the military account.

One Turkish soldier was killed and six others wounded in the campaign, the General Staff said.

© AFP 2021 / DELIL SOULEIMAN
'Russia Smashing Daesh While Turkey Attacks Us' – Syrian Kurdish Commander
A curfew has been imposed across a range of majority-Kurdish southeastern regions, where the population continues to clash with government forces.

Around 10,000 troops and police officers are involved in the nationwide security operation tasked with clearing the latest Kurdish Workers Party (PKK) insurgency.

A total of 180 police, military and civilians have fallen victim to PKK attacks after terrorist acts claimed by the Islamic State (Daesh in Arabic) that killed 33 Kurdish activists in July and the murder of two police officers claimed by the PKK.

Turkey has stepped up its air campaign against PKK targets in southeastern Turkey and northern Iraq.