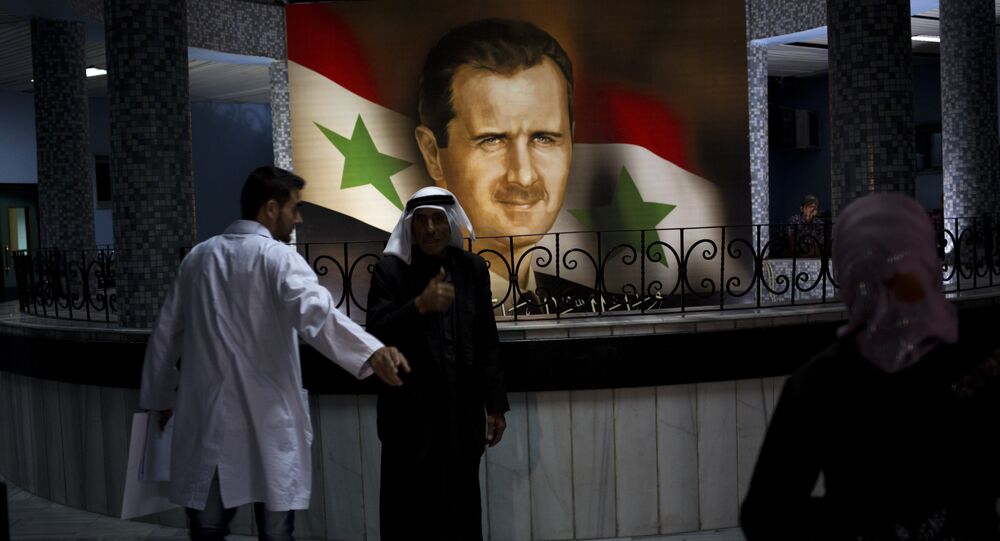 Vladimir Putin said that Russia's stance on Syria has not changed: Russia will not let any state impose their will.

The Russian president stressed that only Syrian people are to decide their own fate.

Vladimir Putin also added that he discussed  the Syrian crisis with John Kerry during his Moscow visit.

"As soon as we notice the political process has begun, and the Syrian government decides it is time to stop the airstrikes, [we are going to stop]. We are not going to be more Syrians than Syrians themselves. We don't need this, do we? The sooner it [the process] starts the better," Putin said.

© Sputnik / Grigory Sysoyev
Putin at Annual Press Conference: Russia Does Not Consider Turkey Hostile State, but Relations Have Spoiled
Putin added that Russia will support any Syria till the political process starts as it is very important to get all parties concerned to negotiate.

"We shall continue launching airstrikes and supporting the offensive of the Syrian army as long as the Syrian army carries out these operations," Putin said during his annual press conference.

Putin added that the Russian forces operating in Syria could be withdrawn in two days.

Syria has been mired in civil war since 2011, with the army loyal to Assad fighting several opposition factions and militant groups, including the al-Nusra Front and Islamic State, outlawed in Russia and many other countries.

Assad Says Not to Leave Syria Under Any Circumstances