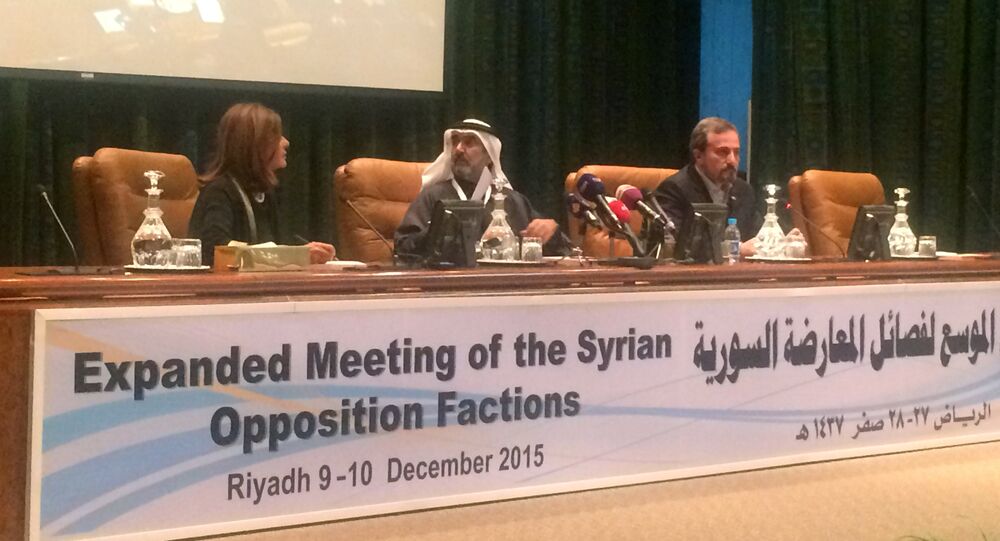 Saudi Arabia's new anti-Daesh coalition appears to have a goal of opposing Iranian influence while antagonizing differences between Sunnis and Shiites, according to Turkish analyst Fehim Tastekin.

Part of the issue is that Saudi Arabia has a warped list of "terrorists," in which it includes Shia groups, opposition activists, and even atheists, but excludes Islamic fundamentalists who carry out actual terrorist attacks, according to Tastekin. Saudi Arabia and Qatar also sponsored many terrorist groups now active in Syria, including Daesh and al-Nusra Front, the analyst added.

"For Saudi Arabia, the main terrorists are Shiites. At the same time, the large number of groups with Wahhabi ideology are not considered terrorists by the Saudis," Tastekin told Sputnik.

© AP Photo / Hasan Jamali
New Islamic Anti-Daesh Coalition Created Under US Pressure
According to Tastekin, the Saudis, will simply increase the military confrontation between Sunni and Shiite Muslims through its support for Sunni groups, including those considered terrorist internationally.

"In my view, the only thing that carrying out this initiative can lead to, is an intensification of confrontation on the Sunni-Shia axis and the strengthening of a rhetoric of animosity as a result of the situation in the region," Tastekin said.

Tastekin also said that he sees the attempt to create a coalition as a way to block Iran from having a role in resolving the Syrian conflict.