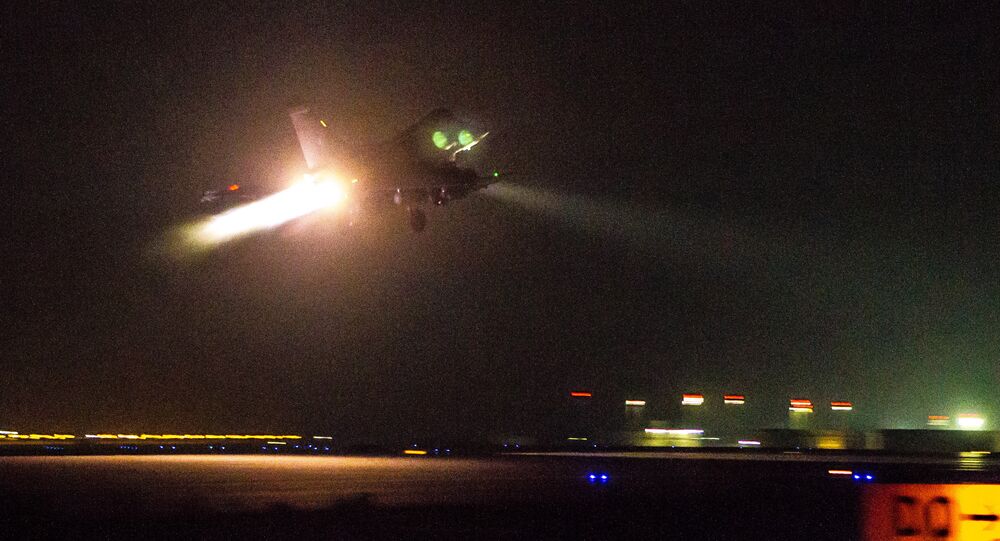 The US-led coalition against the Islamic State carried out 14 airstrikes in Iraq and Syria against the terrorist group.

WASHINGTON (Sputnik) — The US-led coalition against the Islamic State carried out 14 airstrikes in Iraq and Syria against the terrorist group, which is also known as Daesh, the US Central Command (CENTCOM) said in a press release on Tuesday.

The US-led coalition of 65 nations has been carrying out airstrikes against Daesh in Iraq since August 2014 and in Syria since September 2014, but without the approval of the Syrian government or the UN Security Council.

Russia has also continued its aerial campaign in Syria against Daesh, which began on September 30 at the request of the Syrian government. The Russian campaign has resulted in the destruction of well over 3,000 targets.

Daesh terror group is outlawed in Russia as well as in numerous other countries.