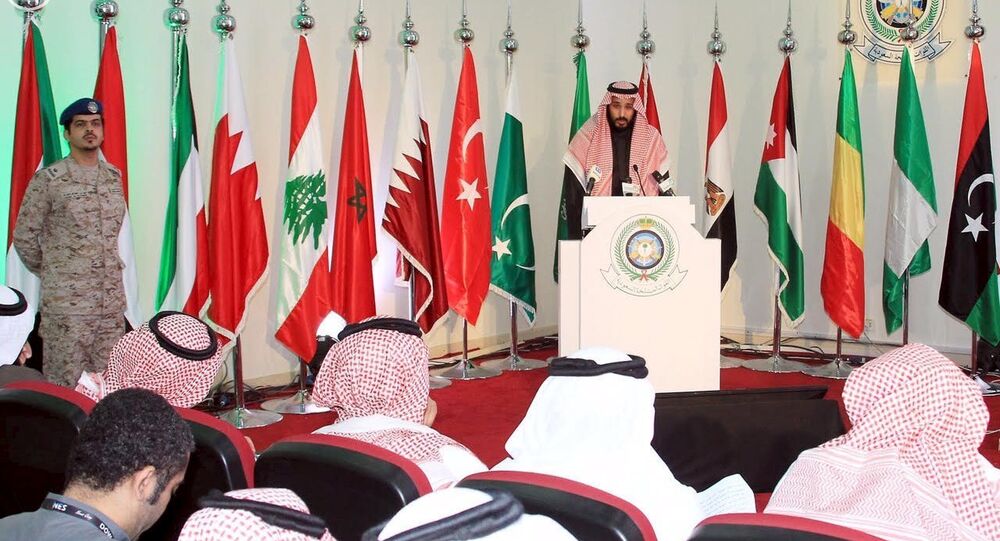 The Islamic anti-terror coalition created by Saudi Arabia will coordinate its activities in Syria and Iraq with the authorities of these countries, Saudi Arabia's Defense Minister said Tuesday.

© AP Photo
France Welcomes Creation of Anti-Terror Coalition, Cooperates With Riyadh
DUBAI (Sputnik) — Earlier in the day, Saudi Arabia announced the establishment of a military alliance between 34 predominantly Muslim states to fight terrorism. The joint operation's command center will be based in the Saudi capital of Riyadh.

"Interference by the coalition in the situation in Syria and Iraq will be conducted in coordination with the authorities of these countries and international forces," Mohammad bin Salman Al Saud said.

He added that the coalition's anti-terrorism activities would be coordinated at an international basis.

The Islamic coalition, which includes Saudi Arabia, Egypt, Malaysia, Nigeria, Pakistan and Turkey, among other nations, was created "to counteract terrorism, which became a threat to the interests of the Islamic nation," according to a statement by Riyadh.