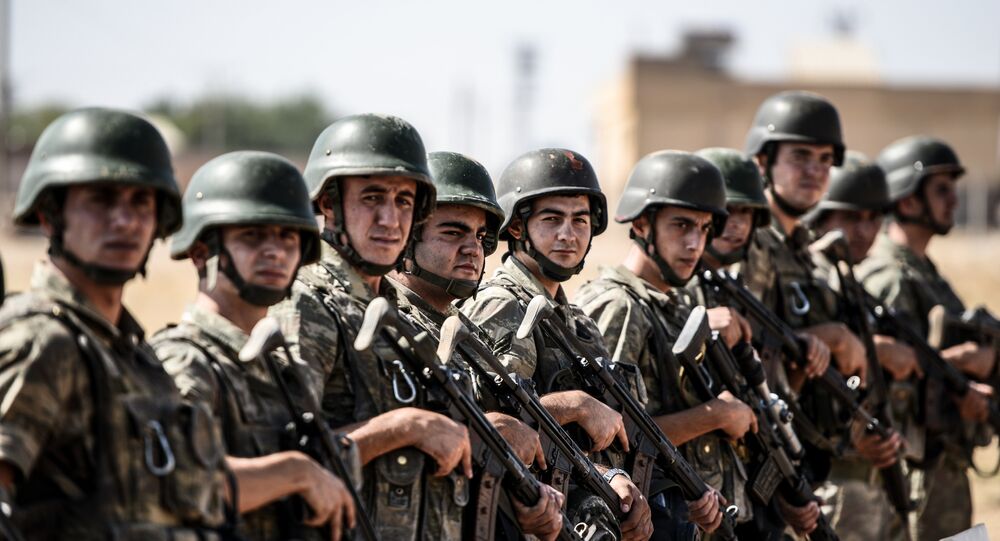 Ankara Sends Reinforcements to Its Military in Iraq, Decides to Stay

Turkey's prime minister said that Ankara had taken measures "against attacks" on the Bashik camp in Iraq and said that the legitimacy of Turkish military presence there was "not under discussion".

ANKARA (Sputnik) – Ankara has sent reinforcements to its military contingent in northern Iraq in order to protect its Turkish instructors and hold its military presence in the country, Turkish Prime Minister Ahmet Davutoglu said Monday.

On December 4, Turkey deployed about 150 troops and 25 tanks to a base in the Iraqi Nineveh province, without Baghdad’s approval. Baghdad regards the deployment as illegal.

“We have taken the necessary measures against attacks on the Bashik camp. The presence of Turkish military will remain there. We have reorganized and have sent reinforcements to protect the camp. Our military won’t participate in any combat, they are there only to train the local forces. The legitimacy of their presence there is not under discussion,” Davutoglu said in an interview with A Haber television station.

© AFP 2020 / BULENT KILIC
Finally? Turkish Troops Begin Leaving Northern Iraq - Media
On Saturday, the Iraqi Foreign Ministry said it had officially filed a complaint with the UN Security Council, calling on the United Nations to ensure an immediate withdrawal of the Turkish forces from its country's territory.

The same day, Russia expressed its firm support of the sovereignty and territorial integrity of Iraq and its actions in line with international law and the UN Charter.