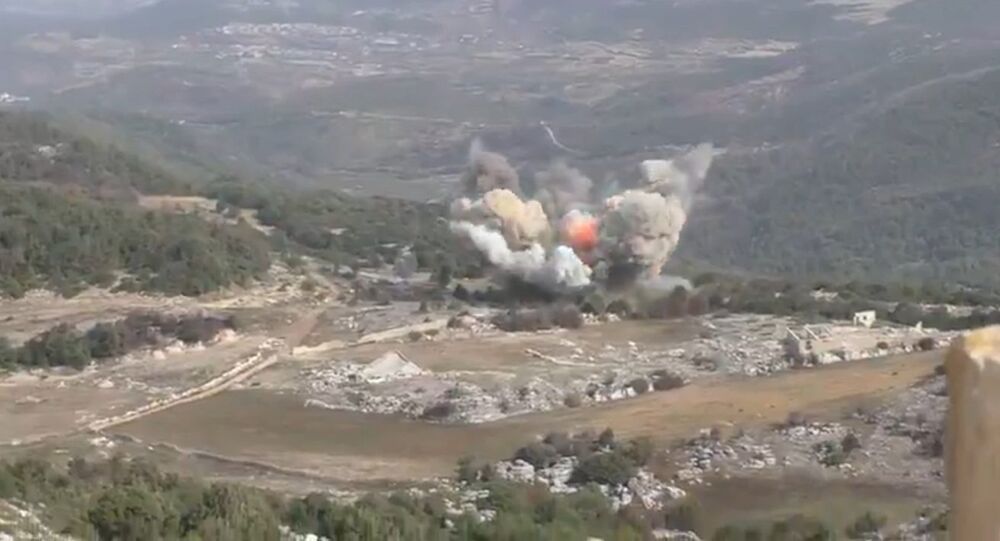 Footage from the Abkhazian news agency Anna-News has emerged on the Internet revealing Islamist militants being pounded by Russian and Syrian airstrikes.

In the footage, Russian and Syrian warplanes launched air raids on militants based in the western Syrian province of Latakia.

In particular, the video shows the airstrikes being conducted in the mountainous region of Nabiyonis, located about 15 kilometers from Syria's border with Turkey.

In this area, the mountains rise about 1,400 meters above sea level.

​The video came a day after Russian Defense Ministry spokesman Igor Konashenkov said that in the past 24 hours, Russian aircraft have carried out a total of 82 sorties, destroying 204 terrorist targets.

​On September 30, more than fifty Russian aircraft, including Su-24M, the Su-25 and the Su-34 warplanes, commenced precision airstrikes on Islamic State targets in Syria at the behest of Syrian President Bashar Assad.

Syrian Ambassador to Russia Riad Haddad, for his part, confirmed that Syrian Army strikes, supported by the Russian Aerospace Forces, were being carried out against armed terrorist organizations, not political opposition factions or civilians.

Lawsuit Fails to Prevent Syrian Refugees From Settling in Texas