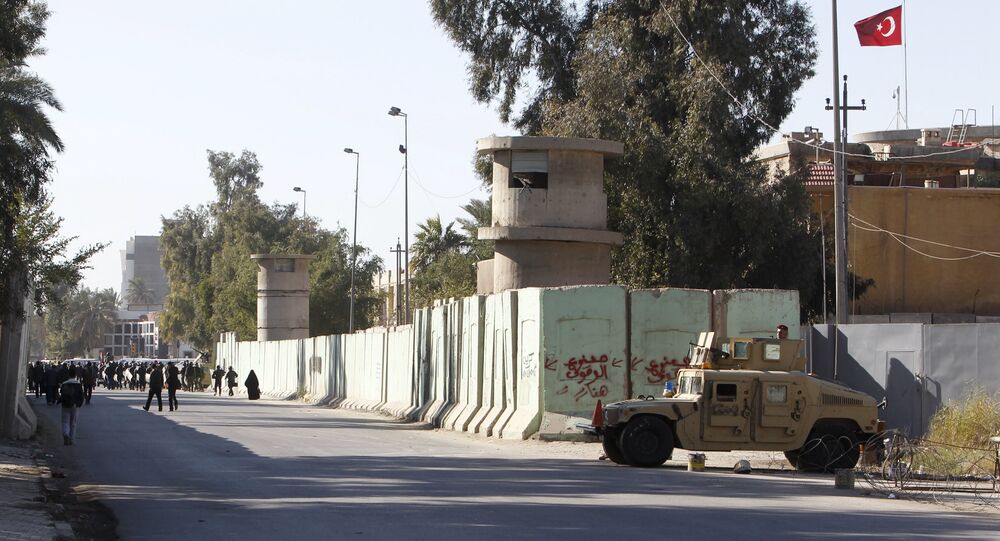 Turkish military presence in Iraq is a violation of Iraq's sovereignty, and NATO should use its power, so that Turkey would immediately withdraw its troops from Iraqi territory, according to Iraqi Prime Minister Haider Abadi's press service.

© AP Photo / Burhan Ozbilici
Iraq Reiterates Right to Sovereignty After Turkish Troops Enter Country
"Iraq has demanded via diplomatic channels that Turkey withdraw its troops, and gave it 48 hours. This situation is a violation of Iraq's sovereignty, and NATO should use its power, so that Turkey would immediately withdraw its troops from Iraqi territory," the press service said in a communique.

Stoltenberg said that NATO was interested in protecting Iraq's sovereignty. The secretary general promised to convey Iraq's concerns to Turkish representatives in NATO and stressed the importance of a diplomatic solution to the situation.

On Sunday, Abadi gave Turkey 48 hours to withdraw its troops, saying that Iraq could then resort to any measures, which include raising the issue in the UN Security Council.