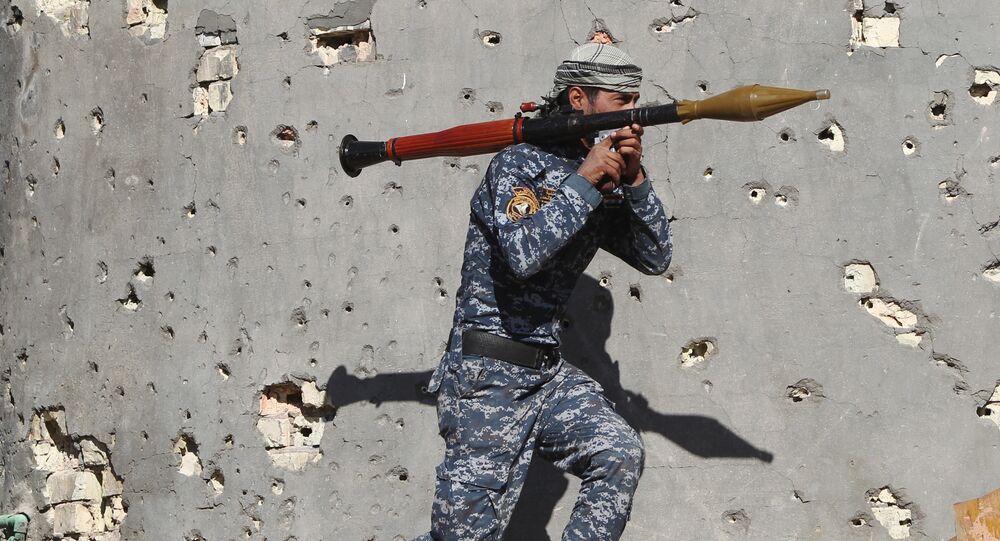 According to press reports, the Iraqi army has retaken a large part of Ramadi, a city in central Iraq that was captured by Daesh in May.

© AP Photo /
Iraqi Army Close to Completely Liberating Western Ramadi From Daesh
The Iraqi army has succeeded in taking back a large area of southwest Ramadi, a city of about 110 km west of Baghdad, which was captured by Daesh in May.

Ramadi is the capital of Anbar province, the largest governorate in Iraq. In 2004 the city had a population of about 450,000 people, the majority of them Sunni Muslims.

© AFP 2020 / HAIDAR MOHAMMED ALI
Iraqi Army Repels Massive Daesh Attack in Anbar Province
Daesh first occupied some parts of Ramadi in June 2014, as well as large areas of Anbar province, and in May 2015 the terrorists took over the city. They had already captured Fallujah, 50 km east of Ramadi, in January 2014.

According to reports, Anbar governor Suhaib al-Rawy called the operation a "gateway to liberate the rest of Ramadi," and Iraqi forces are now working to clear bombs planted in al-Tameem by Daesh.